For the second time, Moet & Chandon has disclaimed the ambassadorial role it allegedly gave to Mercy Eke. 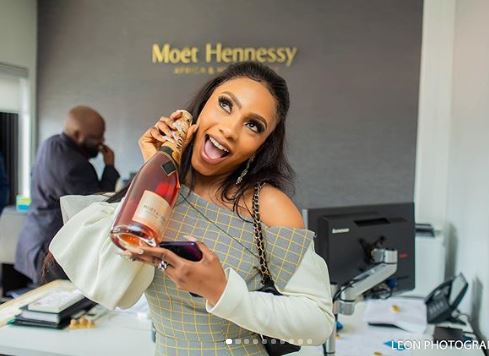 
The last is yet to be heard of the controversial Moet & Chandon deal bagged by Mercy Eke, the winner of the Big Brother Naija reality show of the year 2019.

Since the announcement of the deal was made about two weeks ago, some doubters have written official notes to the leadership of Moet & Chandon to make inquries about the authenticity of the alleged international deal.

The French fine winery and co-owner of the luxury goods company LVMH Moët Hennessy Louis Vuitton SE debunked the news of signing Mercy as an ambassador days after and the company has also shed more light on the link between them and Mercy.

According to a recent revelation, Mercy and her team only visited one of the offices of the company to celebrate her success at the BBNaija reality show and they never signed her. 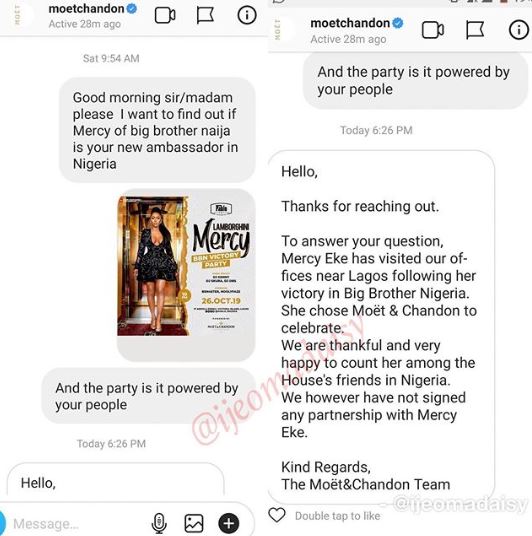 Aside the revelation, all efforts to verify her ambassadorial role by using secondary sources have failed. It's becoming apparent that the deal might be a publicity stunt made up by her supporter, Cubana Chiefpriest to boost her profile.
Mercy on the other hand has also being avoiding the issue of the contentious deal like a plague. Moët et Chandon is one of the world's largest champagne producers and a prominent champagne house.
Posted by makarella at 6:04 PM