Military Officer Murdered In His House In Plateau, Eyes Removed

Another murder of a military officer has taken place in Plateau state by unknown gunmen who invaded his house on Sunday. 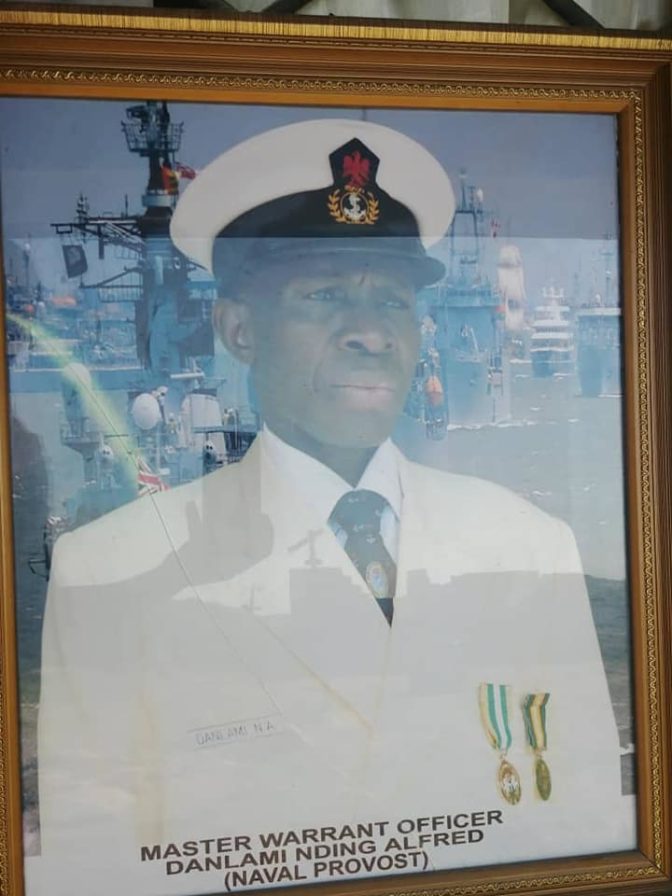 Late master warrant, Danlami
A Master Warrant Officer, Danlami Nding Alfred, a Naval Provost was murdered at his house by people yet to be identified gunmen.
According to reports, the sad incident took place on Sunday night, 11th November 2018, following an attack in Kangang, Dadin kowa, Jos, Plateau State.
According to reports, the attackers were said to have plucked his eyes and left with them after killing the Naval officer who got married last year.
It was reported that the same attackers kidnapped a 10 year old girl in the same neighbourhood yesterday and promised to call her family for ransom.
The family reported that the girl was released after the sum of N300, 000 was paid for her ransom.
This latest killing of a military personnel is coming weeks after the remains of Major general Muhammed Idris Alkali, the retired army general, who was declared missing on September 3, was been found in an abandoned well in Plateau state.
Alkali was the immediate past chief of administration of the Nigerian Army. He was declared missing when he was traveling from Abuja to Bauchi state.
The deceased had just retired from the army after 35 years.
Posted by makarella at 9:35 AM