Boko Haram is ready for peace, to make an announcement about Chibok in the next 24hrs- Aisha Wakil says 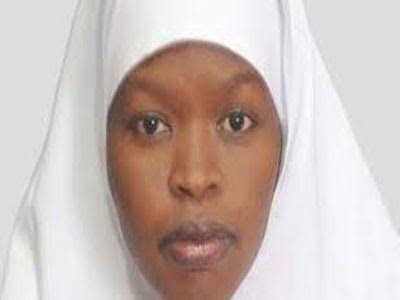 Lawyer with the National Human Rights Commission and wife of a Judge in Borno State judiciary, Aisha Wakil, who was recently declared wanted by the Nigerian Army for her close links with Boko Haram members, says the terrorist group is ready for peace now and may make a big announcement about the kidnapped Chibok school girls within the next 24 hours. This comes few days after President Buhari said his government was ready to negotiate with genuine Boko Haram leaders for the release of the missing school girls.

According to the Nation, Wakil in an interview said after she has been cleared by the Nigerian Army and that she has been persuading the leader of the sect group to negotiate with the Nigerian government for the release of the girls that have been in their captivity for over two years now


“Since I came back, I have been on their neck. They have now agreed to come out and discuss with the government and bring back the girls. I am for the Chibok girls and all the captives. They are ready for peace. This is what they told me. I think they might post some information on YouTube within 24 hours”she said