Badenoch takes over from Anne-Marie Trevelyan, who has been appointed as secretary of state for transport. 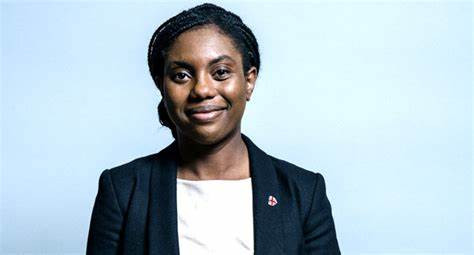 British-Nigerian politician, Kemi Badenoch is now the new UK trade secretary.
This comes after she was appointed by the country's new Prime Minister, Liz Truss.
Badenoch, who ran in the leadership contest against Truss, was a minister at the U.K.’s leveling-up department until she joined dozens of colleagues in resigning from Boris Johnson’s government in July over his handling of a number of scandals.
She came fourth in the leadership race after picking up the key endorsement of Michael Gove and it briefly appeared as if she might make it to the final run-off with Tory members.
Badenoch takes over from Anne-Marie Trevelyan, who has been appointed as secretary of state for transport.
By makarella - September 07, 2022