Now, Taimat regularly shares updates on their journey and has attempted to freak out fans with a video where they wiggle their split tongue around like a reptile. 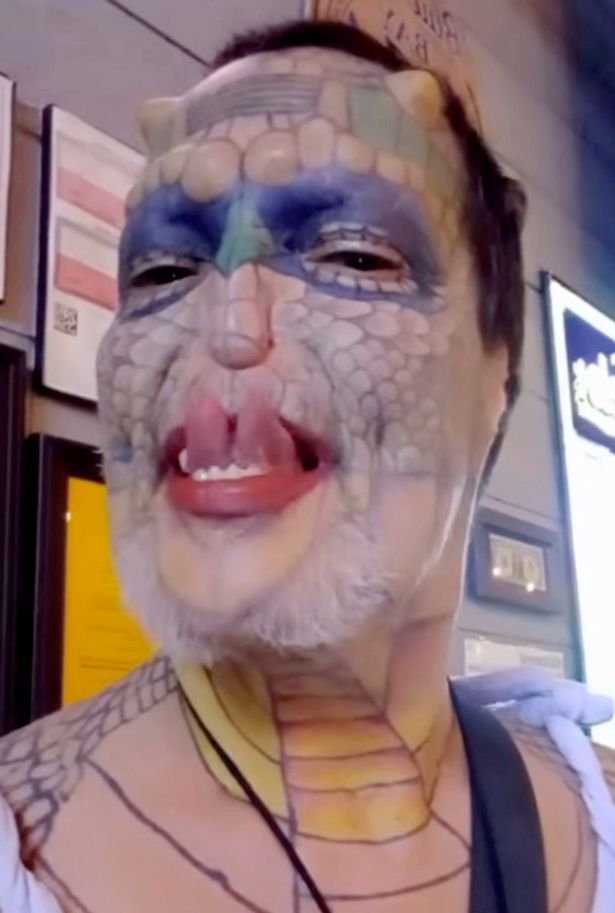 Tiamat Legion Medusa, a model who is obsessed with reptiles has shocked many people with the modifications she has made to her body.

The model who wants to become the world's first "genderless dragon" has freaked out the internet by showing off her split tongue in action.

Tiamat Legion Medusa, from Texas, US, has spent more than £61,000 on modification surgeries including ear removal, tongue splitting, castration and countless tattoos — including scales and bumps of filler on their face.

The 61-year-old former banker's love for extreme body modifications started after a dream in the 1980s about a snake bite, which they believe turned them into a “reptoid”.

Now, Taimat regularly shares updates on their journey and has attempted to freak out fans with a video where they wiggle their split tongue around like a reptile.

Captioning the clip, which has gained more than 9,000 likes on their @dragonladymedusa account, they said: "Nothing like a little tongue action to serve the crowd."

However, fans were far from freaked out as they took to the comments to praise them for their unique look.

Another added: "Careful where you waggle that tongue." 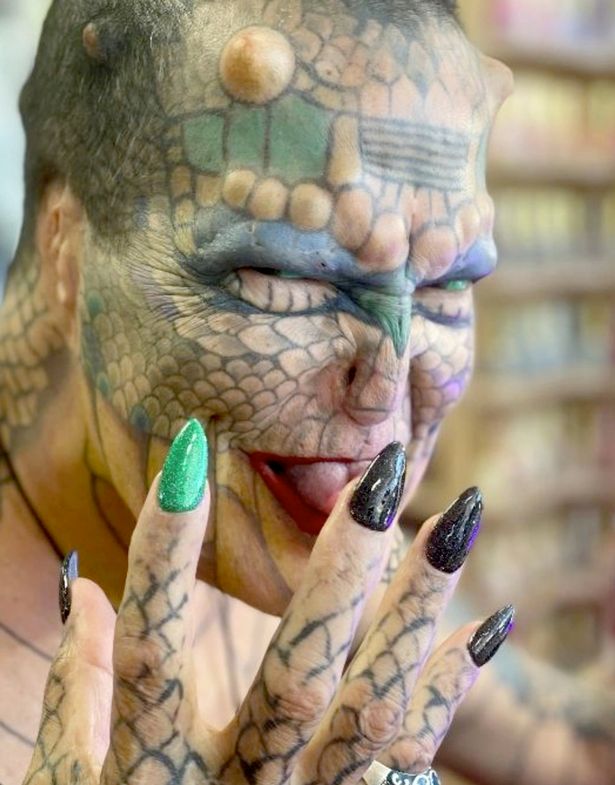 However, one curious fan questioned whether the tongue split hurt after having surgery a few years ago.

The fan asked: "I was wondering if it hurts like hell to cut the tongue? I had minor surgery on mine years ago and tongues at least mine bled like crazy."

To which the 'genderless dragon' responded: "OMG yes it did her like hell and I would not do it again LOL I hope you're healed up and well."

Previously speaking out about the transformation, Tiamat explained how they're removing parts of their humanity that 'offends them' after being hurt by other people for so long.

They explained: “I am removing parts of myself that offend me including some of my physical attributes and also how I live my life today as a creature that is part-human and part-reptilian.

“Having been to hell and back, having endured so much cruelty at the hands of humans, making myself into something from another species is my own way of dealing with the spiritual, emotional, psychological pain and anguish that continues to torment me through my life today.

“I believe that I am a real and true life reptoid, a half-human/half-reptilian creature."