Nigerians didn't take kindly to such claim, as they lashed out at Reno for making such a suggestive claim. 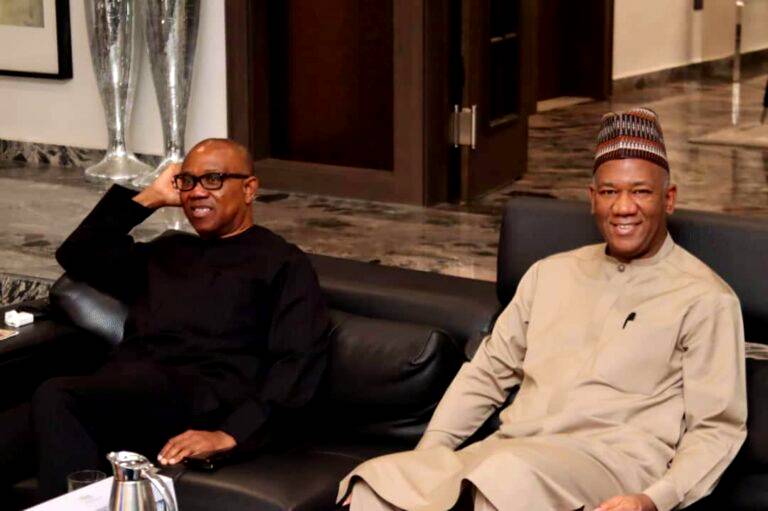 Nigerians have lashed out at former aide to former president Goodluck Jonathan, Reno Omokri for saying Peter Obi will be impeached if elected as President in 2023.
Reno had made the claim on his Facebook page.
Obi is the Labour Party, presidential candidate.
Making the bogus claim, Reno stated that Obi would not last if he does not have senators from his party in the senate.
His words: “Both Peter Obi and Datti Baba-Ahmed are PDP products. Both of them were Atikulating in 2019. PDP is their natural home. They are just on sabbatical. After sowing their wild oats in Labour, they shall return, and we will welcome them. Even if you are Obidiently Yusful, still be Atikulate and vote Atiku!
“We love Obidients in PDP. You are like our grandchildren. We gave birth to Peter Obi and Yusuf Baba-Ahmed, and they gave birth to you. A stream cannot deny its source. You guys are the stream, and we are the river that feeds you.
“In fact, Obidients should vote for Atiku, because even if they vote for Peter Obi and he becomes President, which is very unlikely to happen, he won’t last on that seat without having Senators in the Senate. He could be impeached within days of being sworn in.”
Nigerians didn't take kindly to such claim, as they lashed out at Reno for making such a suggestion.
See reactions below:
NaijaRoyalty(m): 2:17pm
This Reno is a fool and unstable
He's a joke and shouldn't be taking serious by no one
They obviously scared that Peter Obi Presidency will put a stop to there stealing of public funds.
Nigeria will be great again wether the haters of good governance like it or not
DonBenny77(m): 2:18pm
Reno has lost his mind
colorsofrainbow: 2:18pm
From "no structure" to "social media candidate" to "labour party is unknown" to "ipob candidate" to "North won't vote him, he's Igbo" now to "if he wins"
Important thing now is that they realise that he can actually win grin grin
Story changing everyday...
The joke is more on agbado cassava dogs scattered online grin
SmellyNyash: 2:19pm
Inside him, he already knew that Obi is our incoming president that's all
donaldking100: 2:19pm
A.P.C never had this number of senators too before Buhari won elections.
Infact before A.P.C won under Buhari, P.D.P made-up 80% of senators in the House of senate.
But now A.P.C senators make-up more than 60% of the National Assembly.
If Labour Party wins, definitely a lot of senators most especially from the South-South and South-East would decamp to the ruling party.
I'm now so happy that all the foolish urchins are gadually coming to terms with the fact that Peter Obi stands a very big chance of winning the next presidential election, which is why they are now making stupid comments like this.
ValCon888: 2:20pm
Disregard this man. He is a paid urchin suffering from diarrhea of the mouth.
Built2last: 2:24pm
The confused Drunkard has moved from he has no chance to If he wins, he will be impeached.
I thought this guy is sensible.
Our law doesn't just empower legislative arm to impeach a president simply because he doesn't have majority.
The president has to be either incompetent or do something that legislators will trigger impeachment notice.
Obi will be careful in avoiding that.
Reno, Immediately Obi is declared winner, Many APC and PDP Goons will decamp to labour to jostle for positions.
Your brain has not processed that.
OVB123(m): 2:24pm
Let me tell you, "no weapon form or faction against Peter Obi shall prosper, He will lead and lead Nigeria very well." the best thing for you to do is to be Obidient to the course because come 2023, Peter Obi will be declare winner.
seborrhic: 2:28pm
Everyone I read Omokri's posts or listen to him,I still find it astonishing this man is said to have a best seller and has an audience he influences.
His thought process is equivalent to that of a primary school child.So pedestrian in reasoning
Ozinlex: 2:30pm
Good you know, he can win and we the Obidient disciples believe he will win; and impeach him,? if for the good of the country no wahala, but if for frivolities...then u guys will see the biggest revolution ever.
By makarella - August 08, 2022