The NARD president urged the federal government to urgently implement and commence payment of the 2022 Medical Residency Training Fund, while the shortfalls using the reviewed template be computed and incorporated into the 2023 budget and paid in arrears. 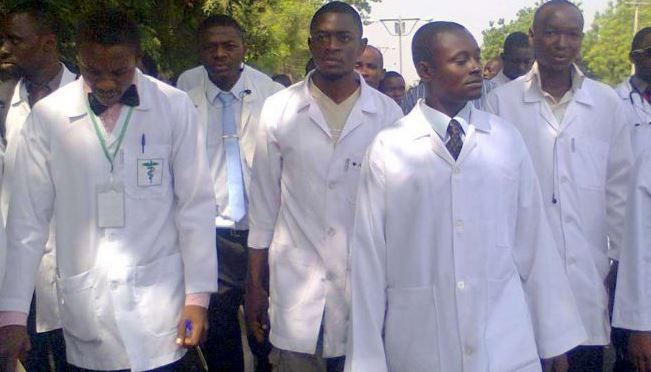 Doctors across the country might embark on a nationwide strike if the federal and state governments do not meet their lingering demands within two weeks.

Godiya Ishaya, the president of the Nigerian Association of Resident Doctors (NARD), issued the ultimatum during a news conference organised at the end of the Extraordinary National Executive Council (E-NEC) meeting on Sunday in Ilorin.

Mr Ishaya said NARD resolved to further extend the ultimatum by another two weeks after observing the federal government’s efforts as a show of goodwill from the association.

“This we believe will give the federal government adequate time to substantiate their efforts with results which will avert industrial harmony,” he said.

The NARD president urged the federal government to urgently implement and commence payment of the 2022 Medical Residency Training Fund (MRTF) in full to members using the old template, while the shortfalls using the reviewed template be computed and incorporated into the 2023 budget and paid in arrears.

He said that the association would continue to work closely with the Nigerian Medical Association (NMA) towards implementing and paying the new hazard allowance to all affected healthcare workers by the government.

Mr Ishaya lamented the slow pace encountered in the payment of the 2020 MRTF to omitted members while decrying the worsening spate of brain drain in the healthcare system leading to a perpetual shortage of manpower with attendant burnout.

“The deplorable situation has led to the shutdown of the Federal Medical Centre, Owo,” he said.

He added that the association is also concerned about the conditions of members in various stages of government-owned hospitals, including Abia, Ekiti, Imo and Ondo, which he said had remained unchanged, where members are owed salary arrears spanning for months.

He appealed to the government not to delay the full implementation and payment of the newly upgraded Hazard Allowance since its circularisation by the federal government on December 22, 2021.

Mr Ishaya added that the ultimatum would be duly communicated to the government to ensure resolutions were reached and further escalations averted.

He appealed to well-meaning Nigerians to intervene in the terrible and deplorable conditions of members in the affected states’ tertiary health institutions.

The E-NEC meeting, hosted by the Association of Resident Doctors (ARD) University of Ilorin Teaching Hospital (UITH), had 79 chapters of the association from state and federal tertiary health institutions across Nigeria.
By makarella - August 22, 2022