It was Alleged that Emmanuel committed the act after his wife Cynthia Agho, 27, mother of his two children, accused him of having extramarital affairs. 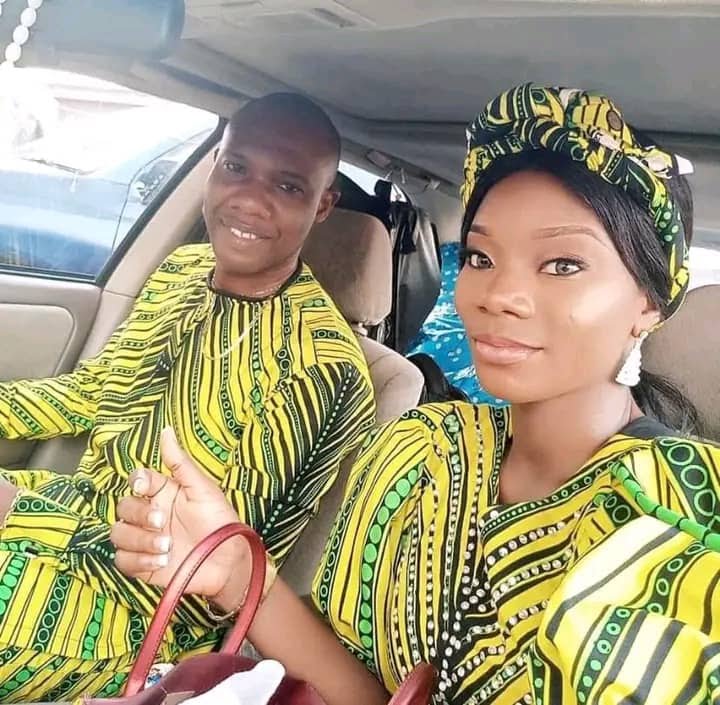 A Nigerian man has reportedly killed his pregnant wife in Benin City.
The man identified as Emmanuel Omoru, an Accountant with a private firm in Benin City allegedly murdered his pregnant wife and hanged her corpse to fake Suicide.
A report by NaijaCover claimed that Emmanuel committed the act after his wife Cynthia Agho, 27, mother of his two children, accused him of having extramarital affairs.
The Unfortunate incident occurred at 10, Omozuise Street, Off Street 2, Lucky Way, Aduwawa, Benin City about 11:48 pm on Saturday, July 16, 2022.
The father of the deceased, Mr Festus Agho told newsmen that his daughter, Cynthia has severally complained of her husband Emmanuel Umoru’s infidelity.
Mr Agho added that the latest was a girl identified as Tosin, a POS operator, who Mr Emmanuel Umoru had earlier introduced to his late daughter as a goddaughter but was eventually discovered to be one of his concubines.
The Accountant was alleged to have been angered when his wife Cynthia Agho went to the said POS girl’s shop opposite her husband’s office to confront her with evidence that she was sleeping with her husband.
Mr Festus Agho stated further that when his son-in-law Mr Emmanuel Umoru called and reported his daughter’s action to him, he sued for forgiveness in the overall interest of peace.
The Woman’s husband was said to have taken their two children to his mother’s custody in the heat of the quarrel.
He however expressed sadness that at about 11:56 pm on Saturday, July 16, 2022, As Gathered By NaijaCover, That, Mr Emmanuel Umoru’s landlord called and informed him that his daughter had hanged herself.
“I met police officers from Aduwawa who said I cannot go in to see the corpse of my daughter.
“But from what I have seen so far, I want the Edo State government, a commission of police in Edo State and relevant authorities to help me ask my daughter’s husband what he did to his wife. My daughter did not take her life”.
Confirming The Incident, The Public Relations Officer for Edo State Police Command SP Chidi Nwabuzor said Mr Emmanuel Umoru has been taken into police custody, NaijaCover Reports.
“Operatives met the body dangling on a rope tied to a ceiling fan in her bedroom.
“The Body was evacuated to our hospital for autopsy and preservation while the preliminary investigation is ongoing”. SP Chidi stated.
By makarella - July 20, 2022