This was just as relatives and friends of the hostages held a peaceful rally in Kaduna, Wednesday, to demand the release of the remaining 50 hostages. 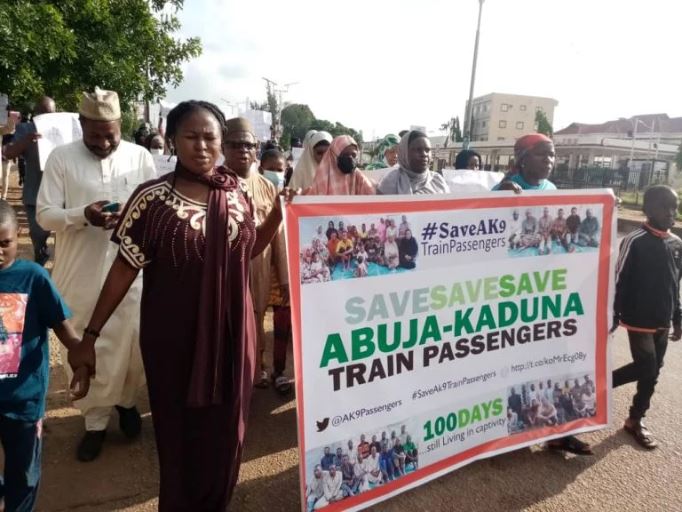 The deadly terrorists who staged an attack on the Abuja-Kaduna bound AK9 train on March 28 have threatened to kill the remaining 50 hostages within just 24 hours.

The threat followed an alleged failure of the Federal Government to seek the release of the remaining hostages, The PUNCH reports.

This was just as relatives and friends of the hostages held a peaceful rally in Kaduna, Wednesday, to demand the release of the remaining 50 hostages.

Meanwhile, the fresh threat to commence the killing of the hostages was contained in an audio which went viral where one of the terrorists threatened “to slaughter the victims because the government failed to seek for their release.”

Mallam Tukur Mamu, who is also one of the negotiators and Media Consultant to controversial Islamic cleric, Sheikh Ahmad Gumi, confirmed the authenticity of the audio to newsmen in Kaduna.

He said the terrorists fixed Wednesday to carry out the threat as according to them, they were provoked by the government on Monday. 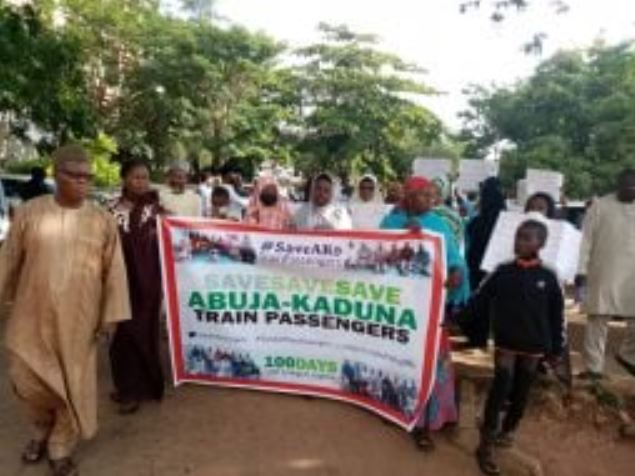 Mamu, who is also the Publisher of Kaduna-based Desert Herald newspaper, said on hearing of the threat, he cried and pleaded with the terror group to instead reach out to the families since there was a delay from the government.

He said, “The terrorists fixed Wednesday to carry out the threat because they were provoked on Monday after giving us another opportunity.

“I was crying and pleading with them that since there is a delay from the government, they should discuss with the family members directly to negotiate the victims’ release.

“Based on the plea, they agreed to negotiate directly with the victims’ families. But they said they are giving us till Wednesday that if there was nothing concrete from those that are interested in the negotiation, they will start slaughtering some of the victims.”

Saying that the hostages had spent 100 days in captivity, relatives and friends of the victim, demanded the immediate release of the remaining 50 hostages.

The leader of the forum, Dr. Abdulfatai Jimoh, while addressing journalists, said it was exactly 100 days since their loved ones were attacked and abducted in a “journey of two hours.”

He appealed to the Federal Government to do all that was necessary to rescue the remaining hostages from the terrorists’ den, noting that “we know it’s possible. They can do it, they should do it please.” 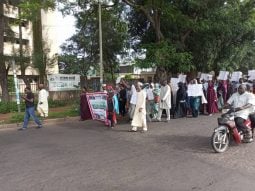 Jimoh said, “Today is exactly 100 days since our loved ones were abducted, it was meant to be a journey of two hours, however, it turned out to be 100 harrowing days. Since then, things have not been the same with us.

“One can not imagine what our loved ones are going through in these last 100 days in the deep forest- the same clothes, no clean water to drink, no medical care. Many of them are sick, one has even been shot and injured, and we don’t know his condition now.

“We have been talking to the government we have been appealing to them in the last 100 days to rescue our loved ones, but so far we have not seen much.

“It is very disappointing. We are appealing again to the government to do all that is necessary to bring out our loved ones in the shortest time possible.

“If you remember, our loved ones spent their Easter in the bush, the Eid Fitr in the bush. Today, we are just three days away from Eid Kabir. We are praying they will spend the Eid Kabir with us. This is our hope and prayer.”

He added, “We want the government to do all that is necessary. We know it is possible. They can do it, they should do it, please.

“It is a responsibility they owe us as Nigerian citizens. We are citizens of our country. We should be free to move everywhere. We should be protected.

“We have surrendered our sovereignty. We have surrendered our security to the government and it is incumbent on them to do what is necessary to protect us. Our loved ones are in captivity for 100 days now. We are appealing to the President, Major General Muhammadu Buhari (retd.), and his Security Chiefs to do what is necessary within their powers.

“We know they can do it and should do it for us please in the name of God.

“We are all vulnerable to this situation. We are expecting them in the next few hours by the special grace of God not even days. We know they are on it, they should conclude it.”