MASSOB, in a statement by its leader, Uchenna said the comment by Gumi on the pro-Biafra agitation was “deceiving and full of falsehood”. 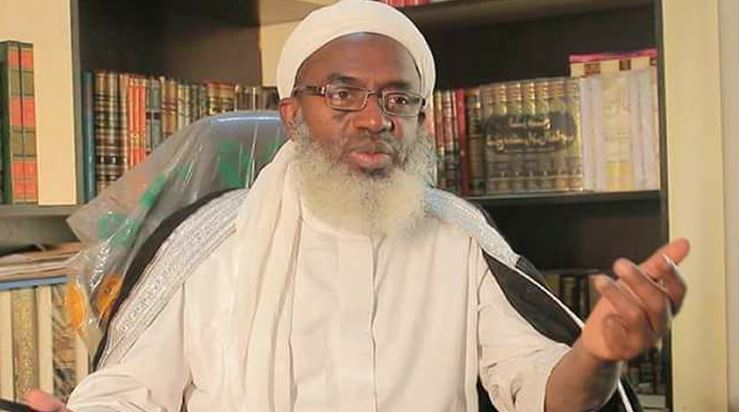 The Movement for the Actualization of the Sovereign State of Biafra (MASSOB) has taken a swipe at Sheikh Gumi after he stated that pro-Biafra agitation has slowed down because of Peter Obi’s emergence as Labour Party presidential candidate for the 2023 elections.

TORI had reported that the controversial Islamic cleric in a statement on Monday, said the emergence of Peter Obi as a presidential candidate for the coming election has brought relative peace to the South-East.

He had claimed the activities of the Indigenous People of Biafra, IPOB in the region decreased since the Obi movement started.

But MASSOB, in a statement by its leader, Uchenna said the comment by Gumi on the pro-Biafra agitation was “deceiving and full of falsehood”.

The statement reads, “MASSOB and other pro-Biafra agitators have been in the self-determination struggle for Biafra actualization and restoration. We are not clamouring for the occupation of an Igbo man to be Nigeria’s president.

“Our agenda is known, our mission is stated, our position is unshakable and uncompromised and our goal is to actualize an independent state of Biafra through the principles of non-violence. We can never be cowed or intimidated by the chief patron and negotiator of the Fulani terrorist movement ravaging the entire Northern region and the rest of Nigeria in pursuit of president Muhammadu Buhari’s Islamic agenda of Islamising Nigeria.

“MASSOB and other pro-Biafra organizations have nothing against Mr Peter Obi and his intentions to save Nigeria from further collapse. He believes in Nigeria, we believe in Biafra. If Nigerians elect him based on his competency and pedigree as their new president, does it concern MASSOB? It’s not our business.

“Mr Peter Obi is not the first person to contest a presidential election since September 1999 we started the MASSOB non-violence self-determination struggle.

“Why attach him to us now? MASSOB advises Shiekh Gumi to explain his role and other Fulani cabals in the terrorist attack and breaking of Kuje prisons in Abuja. Don’t use Mr Peter Obi and pro-Biafra agitation to divert attention.”.