The policeman refused the gift saying that he doesn’t collect money from people. 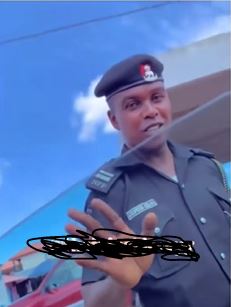 A video has captured the moment a police officer rejected monetary gift by a motorist at a checkpoint.

The motorist who had been stopped by some police officers at the check point, offered a folded five hundred naira note to the policeman.

But the policeman refused the gift saying that he doesn’t collect money from people; he says, he’s only focused on doing his job and all he wants to do is search his car and let him go.

The motorist was shocked by the rejection and praised the policeman for being different from other unscrupulous policemen.