Ebelechukwu, while tendering an apology to Soludo and other dignitaries present, said there was no justification for the public embarrassment that happened on the day. 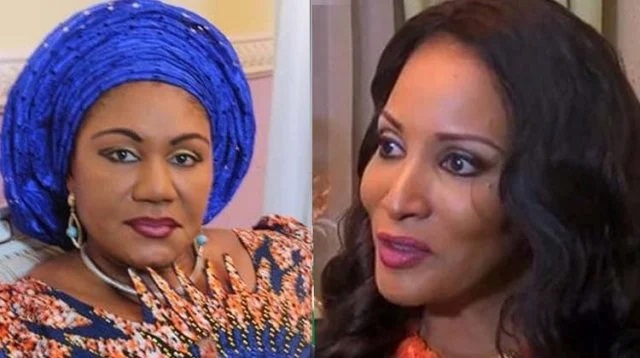 Ebelechukwu Obiano has apologized to Governor Charles Soludo of Anambra state and other dignitaries following the fight between her and Bianca Ojukwu.
Ebelechukwu is the wife of former Governor of Anambra State, Willie Obiano.
Recall that the slapping incident between Ebelechukwu and Bianca, wife of the late Biafran warlord, Chukwuemeka Odemegwu Ojukwu happened at Soludo’s inauguration at the State House, Awka last Thursday.
As seen in viral videos from the event, the former First Lady had walked majestically from her seat to where Bianca was seated where she was seen speaking some words that obviously got Bianca angry.
Bianca had in a reaction got up from her seat and slapped Ebelechukwu.
The shocked former First Lady wanted to react but was pulled away from Bianca.
In a statement, Ebelechukwu, while tendering an apology to Soludo and other dignitaries present, said there was no justification for the public embarrassment that happened on the day.
“Those who know me can testify that before and throughout my eight years as the First Lady of State, I pursued peace, promoted philanthropic gestures which empowered many of our less privileged people. No excuse can therefore be tenable as justification for such public embarrassment, no matter the height of provocation.
“Equally, I wish to extend the same apology to all the important dignitaries, the people of Anambra State, as well as the entire Ndigbo for that unintended embarrassment at the occasion,” she was quoted by Punch as saying.
By makarella - March 24, 2022