I Come First - 2face's Baby Mama, Pero Says As She Shows Off Her Kids On Instagram As Annie Idibia Laments

Pero posted a video on Instagram showing off her children while penning down the lyrics of Kizz Daniel’s song, saying she comes first and she is unbeatable. 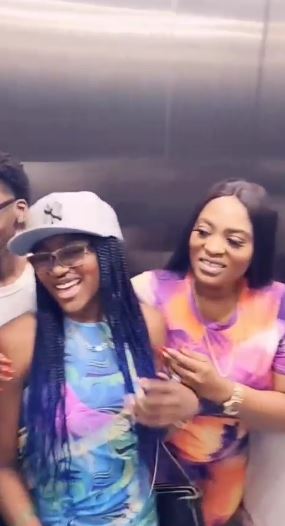 Pero Adeyemi, the baby mama of 2face Idibia took to Instagram on Friday, to show off her kids after a video of his wife, Annie Idibia saying she met the singer before the other women went viral.

Annie said this during a conversation with her co-stars on the Netflix really show Young, Famous & African.She said “When you meet someone, then you know them first and then you wake up to different people are having babies for him and then he has five different kids with other women, my first child is his fifth and I met him before everybody. So you know what that is? You know how many humiliations and embarrassment and damn and I was like… man… How do you repeat the same mistake twice?”