During the concert, Big Wiz is seen spraying dollar bills on the musician as he thrilled the audience with his street anthem. 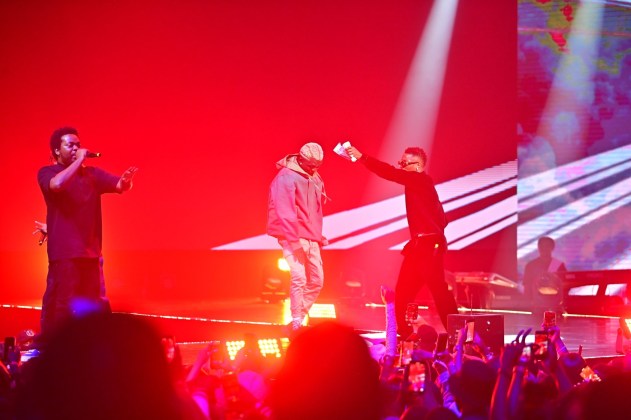 Wizkid spraying money on Portable
Popular musician, Wizkid has left viral music sensation, Portable overjoyed after he sprayed him dollars on stage.
Portable has been buzzing since ace rapper, Olamide jumped on his Zazu Zeh track, making it one of the most listened to tracks currently in the country.
However, things got better for him after Wizkid who was thrilled by his performance jumped on stage and started spraying him dollars.
It all happened while Portable was performing alongside Olamide on stage.
Watch the video:
By makarella - December 21, 2021