The states made the demand as the World Health Organisation said the new variant had spread to 23 countries. 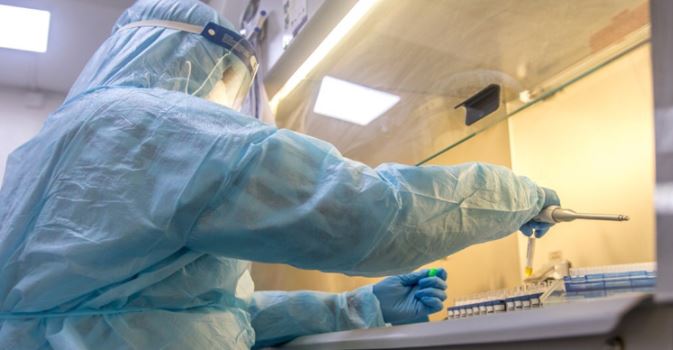 Nigerian state governments have said they will resume and increase mass testing for COVID-19 following the detection of the Omicron variant of the virus in the country, according to The PUNCH.

Top government officials in states including Cross River, Benue, Delta and Akwa Ibom  who disclosed this in separate interviews with The PUNCH, however, described funding as a major obstacle to community testing.They sought the assistance of the Federal Government on funding of community testing, particularly running of molecular laboratories.

The states made the demand as the World Health Organisation said the new variant had spread to 23 countries.

Canada had on Sunday detected the Omicron variant in two travellers, who recently visited Nigeria.On Tuesday, the North American included Nigeria, Egypt and Malawi in its travel ban list.

The Nigeria Centre for Disease Control  on Wednesday announced the discovery of  cases of the Omicron variant in three persons with travel history to South Africa.

It said contact tracing on the cases had started, adding that the affected persons were in isolation.

But virologists expressed fear that the strain was already circulating in the country, but could not be detected because most states had stopped community testing.

On Thursday, Cross River State said it had begun community testing in the wake of  the discovery of the Omicron variant.The state Commissioner for Health Dr Betta Edu, disclosed this to one of our correspondents on  in Calabar.

She  stated, “We have already resumed community sample collection and massive vaccination. However, vaccine hesitancy and high cost of running molecular laboratories have been part of our challenges.”

She added that the state had already requested the Federal Government’s assistance in that regard.

Also, the Benue State Commissioner for Health and Human Services, Professor Joseph Ngbea, said that the state had stepped up  the testing rate.

The commissioner,  who spoke to one of  our correspondents on the phone, said that the state action committee on COVID 19 had evolved a new strategy to test people  following the discovery of the new variant.

He explained that the state had continued to fund the COVID19 committee, which had started going to churches, mosques, schools and internally displaced persons’ camps to conduct the test. He said, “We have stepped up testing capacity of people for COVID 19 in  Benue and we are very high now. We target  schools and churches and some people who want to be tested do send for us and we do meet them and get them tested.”

He called on the Federal Government to increase budget for research to be able to tackle the spread of COVID -19.

The Delta State Government, on its part  said   it would resume testing immediately to check the spread of the Omicron variant.

The state Commissioner for Health, Dr More  Ononye ,stated this in an interview with The PUNCH on Thursday in Asaba. He said, “We will resume testing because it is proper that we maintain the tempo in curtailing the spread.

“For a long time now, people have stopped observing the COVID-19 protocols but with this, it is a wake-up call to everybody especially this Christmas season.

“So we are advising communities to wake up for the use of all these interventions. We are doing more sensitisation for people to get vaccinated because there is a lot of complacency.”

Ononye said the state was expecting technical and other forms of assistance from the Federal Government to stop the spread of the virus.

The Akwa Ibom State Commissioner of Health, Professor Augustine Umoh, said although the state would step up testing, funding was a major challenge.

Umoh stated, “In Akwa Ibom State, we never stopped community testing. What we probably need to do is to ramp up testing.

“The challenge to any activity is funding especially in the light of the reality of limited resources. More consumables would be needed and the people re-awakened to the reality of COVID-19.”

The commissioner said the state needed assistance in form of funding from the Federal Government.

He mentioned the things needed to include laboratory consumables, funds for public health enlightenment and medication amongst others

Also, speaking to one of  our correspondents, the state epidemiologist,  Dr Richard Ikweagu, said that the state had enough kits.

In Enugu, the State Government  said that there was no a time the state stopped community testing.

The Commissioner for Health Dr Ikechukwu Obi, who spoke to one of our correspondents on telephone on Wednesday, said that government was encouraging people to go to any primary health care facilities to get tested.

The Ondo State Government said it had been taken measures to prevent the spread of the pandemic in the state.

The state Epidemiologist and member of the state Inter-Ministerial Committee on  COVID-19, Dr Stephen Fagbemi said there was no cause for alarm on the issue of the new wave of the disease, noting that the kits and vaccines were abundantly  available for the people of the state

He said, “ Testing has not been stopped in Ondo State and we also not intend to stop vaccination because unless you vaccinate people, they can never be protected . The state is forging ahead in the vaccination campaign, the communities and some other places.

He also stated,  “The kits are available, the test is free of charge and the vaccination is still available free of charge. We are only appealing to our people to be vaccinated, we can’t force them to take the vaccines. The Federal Government provided the kits for us because they are the one bringing the kits to the country to avoid adulteration.”