The affected employees – many of them casual workers – accused the company of paying them slave wages of N1,000 daily despite running shifts lasting up to 13 hours. 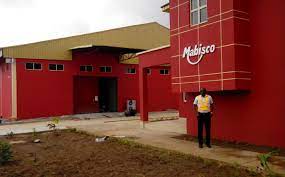 Mayor Biscuit Company Ltd (MABISCO) has suspended workers for protesting inhuman treatment being meted on them.
Workers of the company located at Agbara, Ogun State, accused the management of the firm of suspending the workers for demanding their entitlements.
The affected employees – many of them casual workers – accused the company of paying them slave wages of N1,000 daily despite running shifts lasting up to 13 hours.
The workers also slammed MABISCO for refusing to pay their overtime allowances and for failing to remit their pension and taxes deducted from their salaries.
Some of the aggrieved persons, who spoke with SaharaReporters on Tuesday, disclosed that the poor working condition at the factory and the inhuman treatment workers were subjected to, had caused many of them to develop sicknesses that put their health in a terrible state.
"Mayor Biscuit Company Ltd is a slave camp where anti-labour practices and crimes are flagrantly committed.
"Management pays poverty wages to most of the workers. Casual workers who constitute 80 per cent of the workforce are paid N1000 daily while the regularised staff earn N35,000 monthly.
"We are made to work overtime from Monday to Saturday (7:00am to 6:00pm) without payment of overtime allowances. The working condition is miserably poor as we are denied severance entitlement and other benefits.
"The management recklessly violates Pension Reform Act and consequently denies us our right to pension.
"So brazen is the level of violation such that the management deducts workers contribution (8%) and pockets it instead of remitting to the Pension Fund Administrator. The management also does not contribute its own share of the pension which is 10%. This constitutes a gross violation of the Pension Reform Act.
"They also deduct tax from workers' salaries and do not remit to the tax authority and government.
"This situation is affecting many workers emotionally and psychologically, thereby leady to health conditions that put our colleagues under risk," one of the affected workers said.
Another casual employee of the manufacturing firm disclosed that many of their colleagues, who confronted the management over the issues, were either suspended indefinitely or sacked without any form of compensation.
"The management subjects workers to intimidation, harassment and arbitrary sack and do not pay their earned entitlements.
"For instance, Musa Ibrahim has been placed on indefinite suspension since May 2019 for requesting his overtime entitlements to be paid. He has not been sacked and his entitlement is yet to be paid.
"This injustice takes place every day. We are treated like slaves just because we are trying to earn an honest living at MABISCO," he said.
Other workers of the firm, who also expressed anger at the situation, revealed that the leadership of the National Union of Food, Beverages and Tobacco Employees refused to intervene in the matter despite several reports made to them.
A management staff of the company contacted by SaharaReporters over the issue claimed that most of the workers were using blackmail to extort the company of money and run it out of business.
"All allegations by the workers are not true. You can check with the Ministry of Labour and other relevant authorities to see if we run a slave camp like they claimed or ever denied any worker their entitlement.
"They are doing this because the company is owned by a Nigerian and they think they can blackmail him into giving them whatever they demand.
"We are a responsible organisation operating under the standard labour laws of Nigeria, we have nothing to hide," the official, who asked not to be named, said.
In August 2019, the company accused workers of causing it a N30million loss after a protest that grounded operations for several hours.
The workers, who stormed the Agbara, Ogun State, factory of the biscuit company in several trucks, had attempted to burn down the place but were repelled by policemen from a station nearby.
Disagreement between workers and management had become a regular feature since that period, it was gathered.
By makarella - November 23, 2021