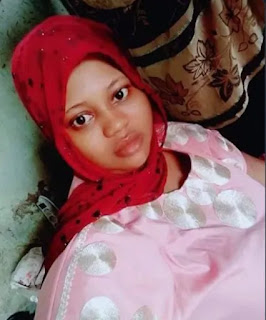 Babalola Itunu, the Nigerian lady who was wrongfully charged and incarcerated for a crime she didn't commit in Cote D’Ivoire has reportedly died after contracting an infection.

Earlier this year, LIB reported that 21-year-old Itunu Babalola, from Oyo state, was rotting in a notorious Ivorian prison for refusing to accept police settlement of N100,000 for the crime of burglary committed in her house.

In a statement issued by Nigerians in Diaspora Commission (NIDCOM) at the time, it was noted that a former prosecutor in Cote D’Ivoire in collaboration with the police twisted the case against Babalola and accused her wrongly of human trafficking, leading to her conviction for 10 years, out of which she has unjustly served two years.

NIDCOM also said that plans are underway to engage the services of a legal Luminary to prove the innocence of Itunu Babalola at the Court of Appeal.

However months after this, Nigerian journalist David Hundeyin who first raised an alarm of Itunu's condition, revealed that she is now dead after contracting an infection. 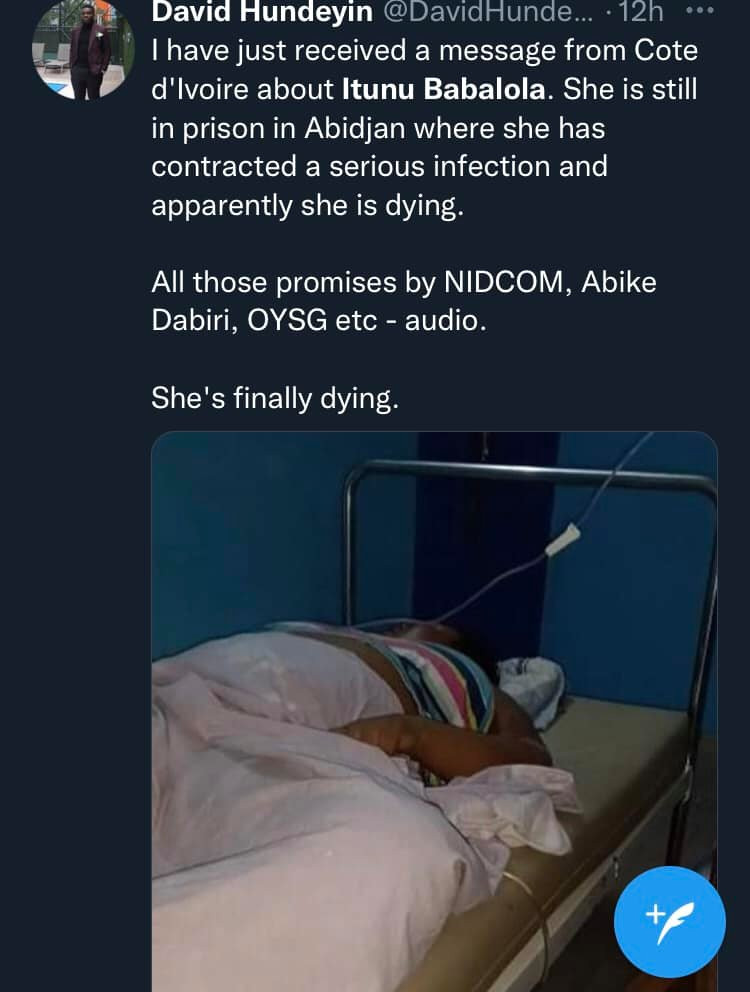 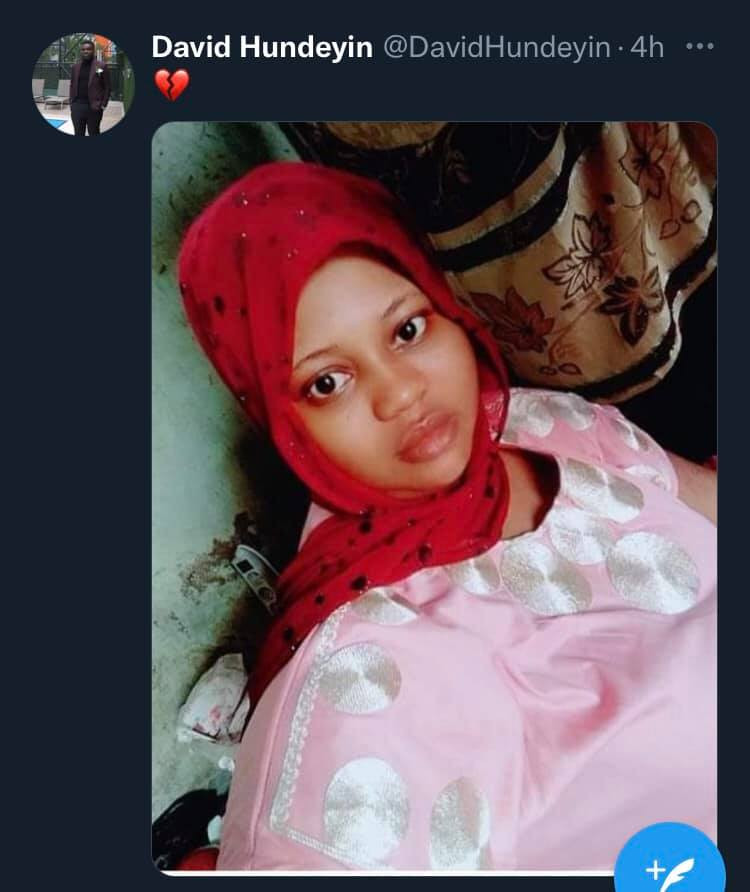 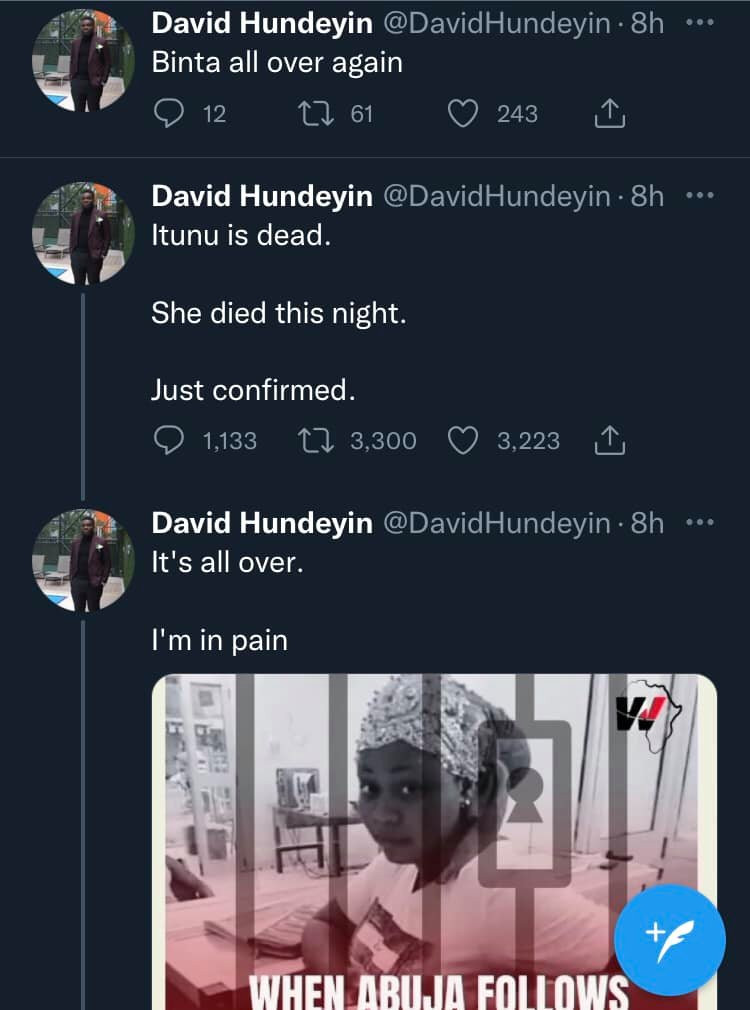 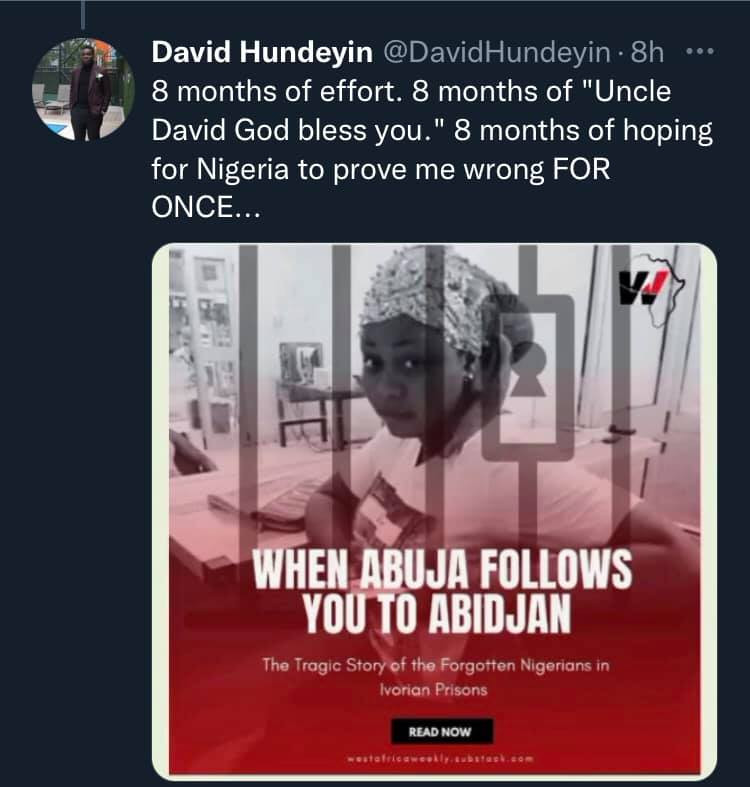 After a member of APC's presidential campaign team, Akinsola tried countering Hundeyin's claim of Abike Dabiri's promises of ensuring Itunu's freedom being "audio", the journalist alleged that a Nigerian embassy staff in Abidjan tried extorting the deceased of N2m months ago. 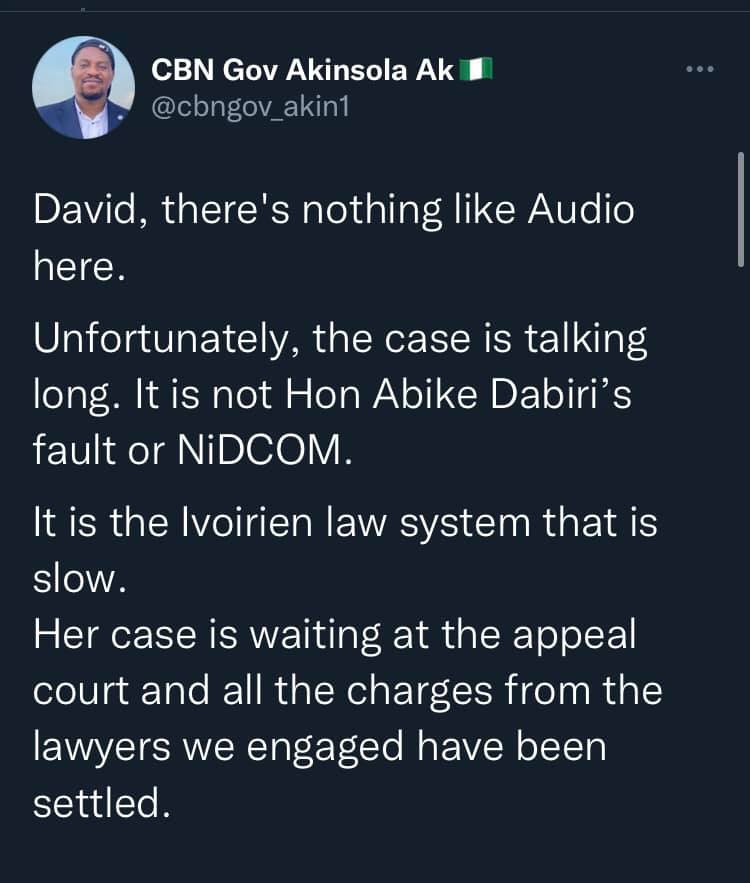 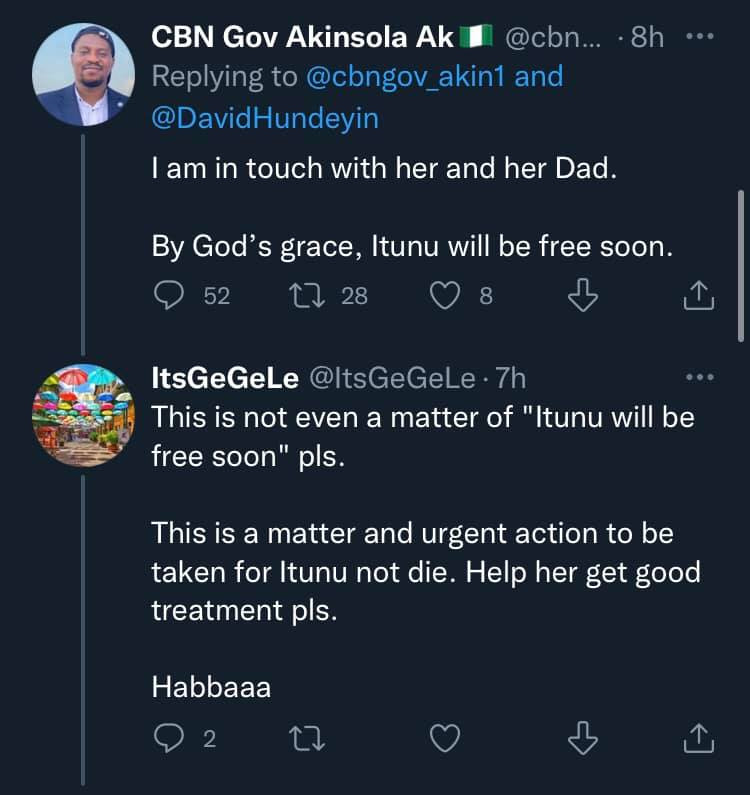 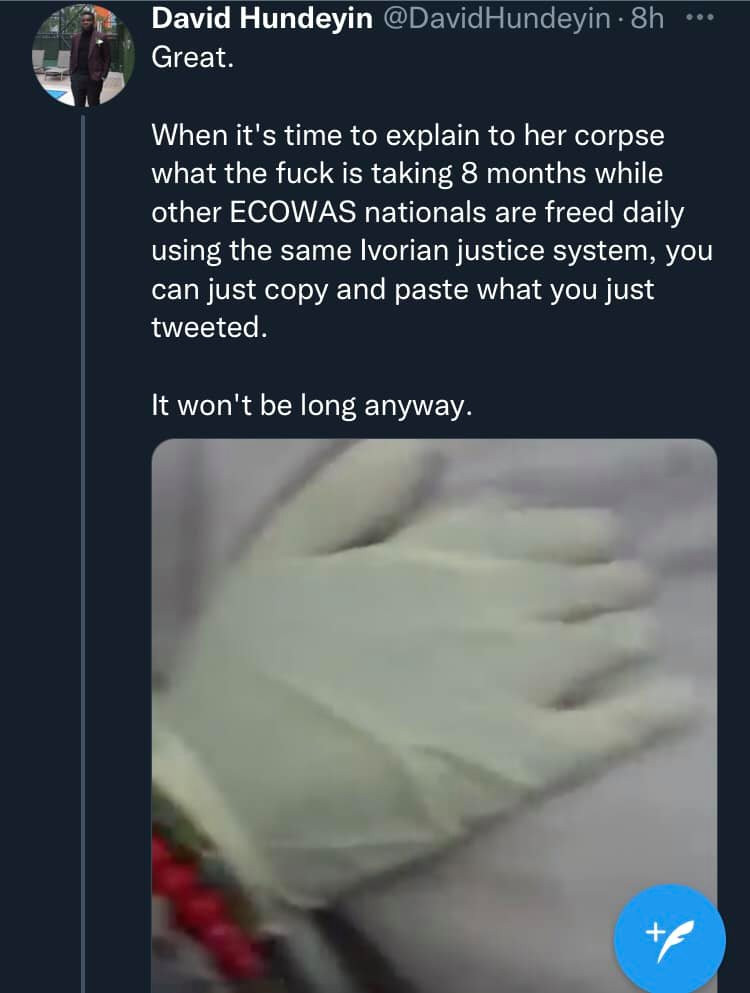 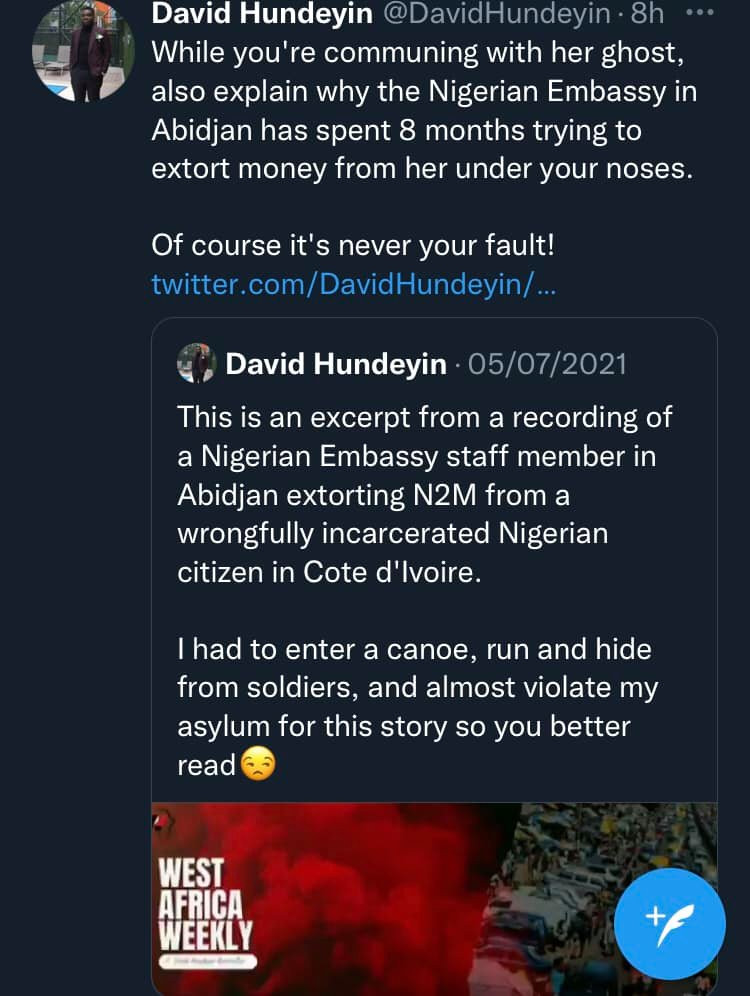