Soludo claimed that Ubah, who was a close confidant of the then President, Olusegun Obasanjo, was a domestic staff in the Aso Villa, cleaning the former President’s shoes. 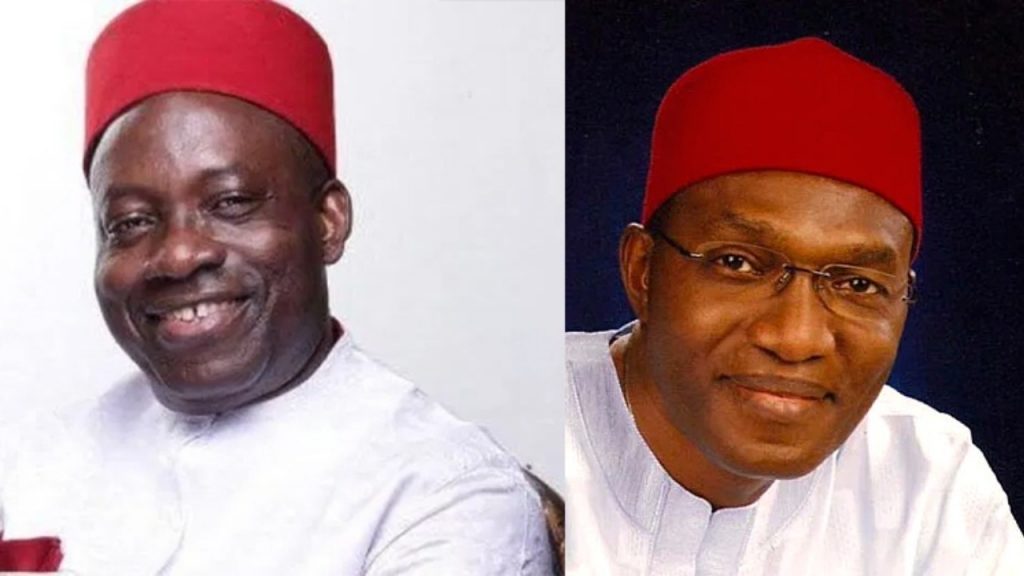 Soludo and Ubah
A confrontation between Professor Charles Soludo and Andy Ubah has left viewers baffled.
Recall that Soludo is the candidate of the All Progressives Grand Alliance (APGA) for the November 6, 2021, governorship election while Ubah is the candidate of the All Progressives Congress.
The duo threw caution to the wind on Monday to attack each other during the Arise TV live debate.
Soludo claimed that Uba, who was a close confidant of the then President, Olusegun Obasanjo, was a domestic staff in the Aso Villa, cleaning the former President’s shoes.
The former Governor of the Central Bank of Nigeria (CBN) made the comments while speaking on his relationship with Uba during the Anambra governorship election debate organised by Arise TV.
He said, “I know Andy was a Masseur in the U.S.
“He was a domestic staff in the Villa, who cleans the President’s shoes.
“If throwing up my name gives Andy Uba a CV, then I will concede that to him.”
Soludo also said that Uba begged him to join the APC.
Meanwhile, the Anambra Governorship election is scheduled to hold on November 6.
Amid the current bloodletting in the state, the National Security Adviser, Babagana Monguno had promised that security agencies would ensure the safety of residents.
By makarella - November 01, 2021