Nigeria Is Using Evil, Jihadist Constitution That Places Us Under One Tribe — Cleric

He stated that the Christian community is required to arise en masse and utilise its huge population to control the political wards in the country rather than pray only. 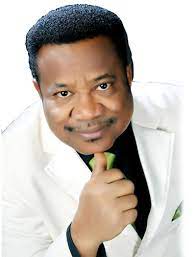 Emmanuel Femi
A man of God has called for the change of the Nigerian constitution.
Presiding pastor of Livingspring Chapel International, Femi Emmanuel during a sermon on Sunday, asked his congregation to stop praying to God to deliver Nigeria as this prayer has already been answered.
He stated that the Christian community is required to arise en masse and utilise its huge population to control the political wards in the country rather than pray only.
According to him, there are churches with 30, 000 and 40, 000 parishes in Nigeria alone and these can take charge of political wards across the country which is just 10, 000.
He described the current 1999 constitution as “a fraud, a jihadist constitution, an oligarchy constitution” which places everybody in the country under one tribe.
The cleric further said Nigeria is not a nation but rather a fusion of many nations forced to stay together with the help of a constitution which he said should be changed.
He, however, clarified that while he doesn't want the country to be divided, each autonomous unit should be allowed to rule its regions and control their resources.
He said: “We have prayed enough, God has also answered our prayers. We will still be praying but the church of Nigeria has prayed and God has answered our prayers.
“You ask me how? He answered our prayers by giving us large followership. Megachurches in Nigeria are not available anywhere in the world.
“No church like Redeemed, Winners, Mountain of Fire, Chosen, Christ Embassy, Deeper Life in the world. Redeemed alone has over 40, 000 parishes, Winners alone has over 30, 000. There are only 10, 000 wards in Nigeria where decisions of those who rule this country are made.
“It's not just deliver Nigeria, deliver Nigeria, it should be God wake up your church. Talk to your General Overseers, the church community is an imprisoned community, our General Overseers have imprisoned us, they must release us, mobilise us, encourage us to go to the grassroots.
“I was in politics before, I have campaigned, been voted for, I was a deputy speaker of a state, I know how it works. It's not just prayers, we have prayed and God has answered our prayers. The answer is that he had given us people. Next to God's power is political power and political power is people-given, what else do we want him to do for us? Do you want God to come from heaven and be casting votes?
“The seven excos in each ward determines who becomes president. We can't change Nigeria except we change the National Assembly. This evil law is called Constitution, this is the Jihadist constitution, this is an Oligarchy constitution, this is a constitution that puts the whole of the country under one tribe.
“This constitution cannot allow you to go and it cannot change until you change the men at the national assembly, the men at the national assembly will not change until you select new people that will replace them so the church must wake up, not only church, patriotic Nigerians must wake up and you don't win on social media, you go to the grassroots.
“We must attend ward meetings and put our good people there. It is people at the ward that are called delegates, delegates are the ones who will select who will be the president, governor, senator.
“If you are not there and you sit on the fence, if you pray from now till tomorrow, it is a prayer in vain. The church must wake up.
“This country must be restructured, was must go back to true federalism, Nigeria was a negotiated country, it is not one country, it is a country of many nations, how come one ethnic group dominates everybody? It will not happen again.
“This year, God will deliver this country. Our constitution is a fraud, very unfair, very unkind, no equity, the whole of us will be under one ethnic group and if it was one that wanted progress, it would have been a different thing, these ones are repressing us.
“That evil called Nigerian system will change. Let them come and arrest me, I will be saying it. Change your prayer mode from 'Lord save Nigeria' to 'Lord wake up Christians' there are only 10, 000 wards and I just mentioned some churches that have thousands of parishes, parishes that are docile, that are asleep, you are in the majority but you are asleep, minority us dominating you, changing the law.
“In our church, we don't pray God should save Nigeria, Nigeria is not a nation, that's the first law we told ourselves, it is not one nation, this country is many nations tied together by force, we must agree how we want to be one, we are not saying we want to divide but let everyone rule himself at their own pace and let's meet at the centre.
“Let's be like USA, New York and New Jersey, they are side by side, yet they have different laws, constitution, policemen, that's what it should be, not someone dictating from Abuja and slowing down our education, economy, military and making Nigeria unsafe. This evil system die today!
“I don't know why God took me to politics 1990/91, what I saw in politics, I cannot see it from the pulpit, that's why I don't blame our daddies, they can't see it.
“Pastors say: 'Let's pray' do you pray until they cut your neck, you pray until they abduct all your children? No, we have prayed enough, we'll still be praying, time for action. God opened my eyes and I know Nigerians will not be free until we send away these evil politicians, they must be replaced and our Constitution must be rewritten.”
By makarella at October 04, 2021