Ogiri, who further said that she had analysed the short clip thoroughly, also noted that Savage, was having unprotected intercourse. 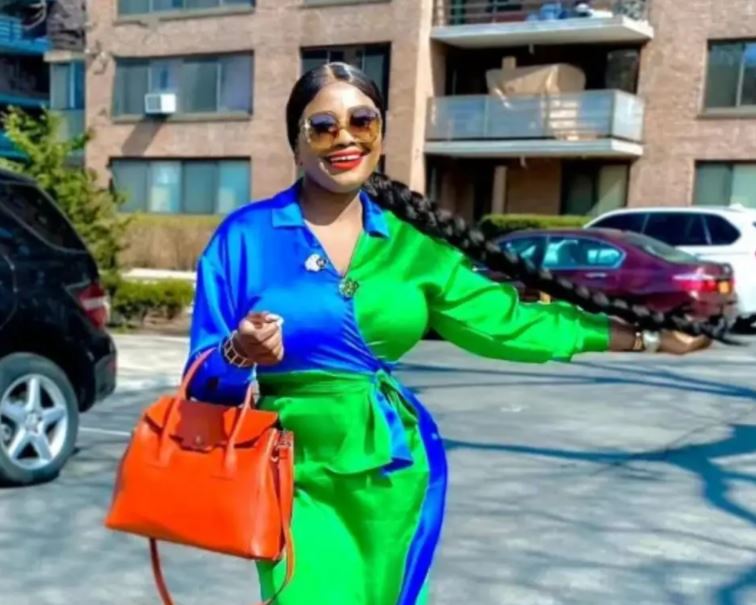 Sonia Ogiri, the popular Nigerian actress, is one female that has been very vocal about the s*x tape of Tiwa Savage that went viral on social media platforms some weeks ago.

Her frequent posts had also made some netizens opine that her opinions are borne out of “jealousy or hatred” for the award-winning singer.

In an interview with Saturday Beats, Ogiri, however, maintained her stand.

She said, “Yes, I have been vocal about Tiwa’s s*x tape, it’s so unfortunate. For me, the news did not sit well, and that was why I spoke out. I must not have millions of followers, and must not be the most popular person in Nigeria for me to make my point. It is my point, my observation, and my opinion. I am part of the public; to begin with, forget about the whole social media presence or celebrity world. We’re all part of the general public.  She brought it out, it came to my hearing, and I contributed my quota. It’s my right, and no one can take it from me. I don’t care how other people see it, I don’t care how people want to garnish it, I don’t care about the people standing with or against her. I am not for once standing against her, I just aired my opinion about the s*x tape, and it should not even have happened. She should be more aware of these things. People make mistakes and we learn from people’s mistakes, she has seen other celebrities’ s*x tapes get leaked, so she should be smarter at this age. To me, age should come with some sense of belonging, responsibility, and wisdom. So, I expected her to be wiser than that s*x tape.

“It truly beats my imagination, and it’s devastating, especially in Nigeria, to know that a mature celebrity would have a s*x tape at this age, time, and era. It’s a big error, and it’s a no for me. Tiwa or any other celebrity should abstain, they should desist from this. If it is your fantasy, handle it differently. If it is your fantasy to have a s*x tape, you can do that and delete immediately or save it to a hidden file where you know that the mistake of leaking the tape would never occur. Keep it off the general public, because it’s really unfortunate. Tiwa should be held responsible but she hasn’t apologised, she needs to apologise. She owes Nigerians a big apology. Yes, I hold her responsible, and everybody else should hold her responsible for that. And the reason I said that is because she is big enough.”

Ogiri, who further said that she had analysed the short clip thoroughly, also noted that Savage, was having unprotected intercourse.

She continued “Let’s analyse this, you’re having s*x with someone and the person held his phone, that should tell you that something was going on, he should be holding onto something or holding onto you or touching something, but he held his phone and you were busy moaning and enjoying the moment. He was busy videoing you up to your face, showing everything that represents her as a woman. To even add salt to injury, she did what she did without a condom, what message is she passing to society? Apart from that, the s*x tape of people that I have seen is always well organised, you see them in a proper arrangement on a well-made bed, lost in the mood with rose flowers or bottles of wine in the room. For a woman of that magnitude, status, level, age, and exposure, you can imagine how bitter this whole thing is; it’s so disgusting and disrespectful to her.”

The mother of one also noted that even though she is in love with someone, she dates responsibly and also controls her fantasy. Ogiri said, “Of course I am in love with someone and I am in a relationship. If you’re in love or in a relationship and both of you love each other, there is no limit to what you can do, but since there is no limit to what you can do, you have to do it wisely. I cannot control anybody’s fantasy or teach them how to fantasise, but whatever fantasy you’re having with your partner should be between just both of you; do not bring it to the general public, don’t come and disturb us with it.  When you bring it out there you would get different opinions, either good or bad.

“I would never have a s*x tape, except it was done without my knowledge, but I am very smart to check around. I am not even in that situation because I date extremely responsible people. I don’t do ‘runs’, I do relationships. My relationships are extremely responsible and my partners’ social lives are paramount to them. They would never want to put such a thing out there, and I also would never want to put such things out there too; we respect each other’s privacy and they’re not social media intoxicated. They’re not small boys that would be triggered to do such thing for whatever reason, because I am very careful, I find myself around very more careful people too.”