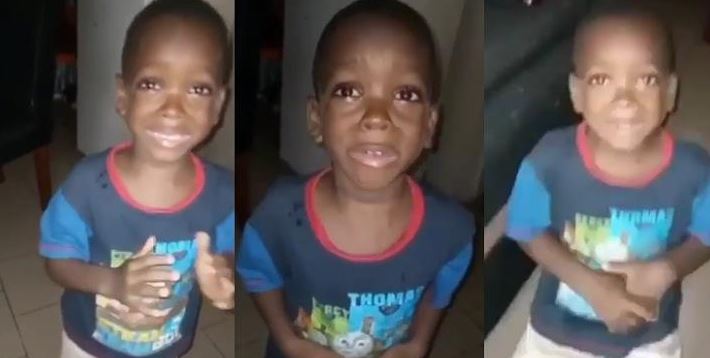 Oreofeoluwa Adeoti, the young boy who gained prominence after the “Mummy Calm Down” video went viral is now a Nollywood kid actor.

5-year-old Oreofeoluwa’s rose to fame after a video of him telling his mother to calm down when she tried punishing, went viral.

After gaining national recognition, the young boy became an ambassador to some companies and met with Lagos state Governor, Babajide Sanwo-Olu, and many other celebrities.

Ace Nollywood filmmaker, Kunle Afolayan met with the young boy, and offered him a chance to break into the movie industry.