The students were said to have committed varying degrees of crimes punishable by the institution. 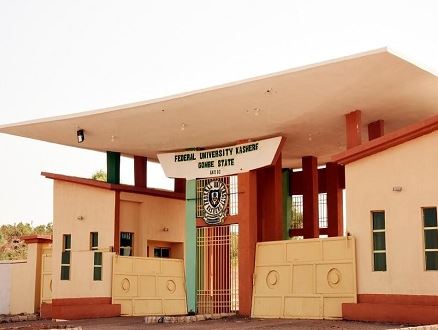 The Federal University of Kashere in Gombe state has expelled 24 students from the institution.

However, the former 23 students, including one other who was rusticated were said to have committed varying degrees of crimes punishable by the institution.

According to a press statement which was signed by Suleiman Malami, Head of Information and Protocol, the students flouted the extant laws regulating the Federal University.

FUK was amongst the recently established institutions by the past administration of Goodluck Jonathan and it is the only federal university in Gombe.

The expulsion our correspondent gathered was due to the recommendations of the senate of the University during its 68th regular meeting.

The statement partly stated, “The Senate University at its 68th regular meeting held on September 23, 2021, had considered and approved their expulsion and rustication with immediate effect.”

Malami revealed that 23 students were expelled for forging results and examination misconduct.

Meanwhile, the Registrar of the University, Kabiru Garba, has confirmed the scheduled resumption of the varsity, adding that arrangements have been concluded for smooth resumption of students for the second semester 2020/21 academic calendar.

Garba called on parents to ensure their children resume according to the provided timeframe as academic activities would commence immediately upon resumption.

He said, “The school wishes to assure students of management determination to ensure a hitch-free semester and conducive environment for learning. I call on host communities to remain cooperative and supportive to the management and the students.”