"I Don't Want To Get Married, I Want To Be A Mistress To A Wealthy Married Man Whose Wife Is Aware Of Our Relationship" - Lady Writes

In the tweet, the lady stated that she can also babysit for the couple if they are out together. 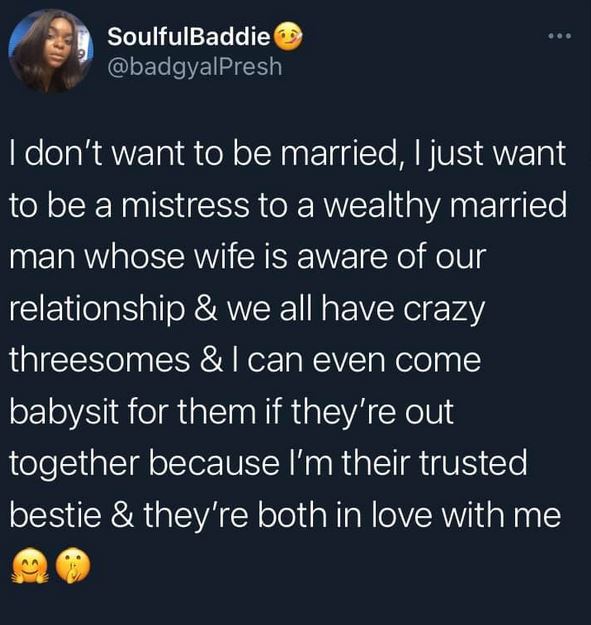 A Twitter user took to the platform to reveal that she does not want to get married but be in a relationship with a wealthy couple.

In the tweet she shared, @Badgyalpresh said she wants to be a mistress to a wealthy married man whose wife is aware of their relationship.

She added that she can have thre*some with them and also babysit if they are out because she is their trusted bestie.