The suspects were apprehended and paraded by the authorities for engaging in various crimes. 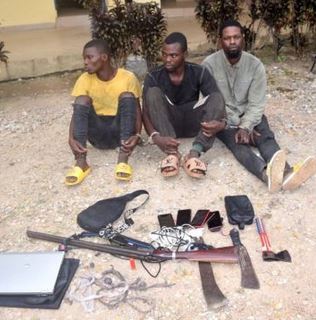 Eleven suspects have been arrested by operatives of the Osun State Police Command for various crimes ranging from armed robbery, theft, cultism and burglaries.

A Toyota Corolla car, one Laptop, five Android phones, one small ITEL phone and criminal charms, were recovered from the suspects.

"On 18th July 2021 at about 1420hrs, the complainant reported at the Gbongan Police Divisional Headquarters that, unknown thief/thieves armed with Cutlasses, Axe and local Dane Gun broke into their Anglican Mission House at Akiriboto Area at about 0100hrs; carted away with the above-named exhibits," the CP stated.

On the receipt of the complaint, police detectives swiftly carried out its investigation network to Ogun State, arrested the above first two suspects, and recovered the stolen vehicle.

"The arrest of the duo also led to the arrest of the third suspects at Akiriboto area of Gbongan and recovered the above-mentioned exhibits; the properties of the victim (complainant). They are all confessed to the crime. Suspects will be charged to court after the completion of the investigation.”

According to the police boss, four suspected cultists and hoodlums, Ridwan Alawode, Okiki Sikiru, Rasaq Adbayo Abefe and Olalekan Afeez, were arrested with one cut to size locally made pistol, one black Berret with 77 logos of ‘Aye Confraternity.

"On 25th July, 2021 at about 0555hrs, upon the security intelligent availed the Police Command,some criminal elements were planning to carry out their nefarious acts to jeopardize the peace being enjoyed by the good people of the state and when the police knew about it, they swung into action and apprehended the suspects.”

On 26th July, 2021 at about 2345hr, CP’s surveillance team while on township patrol within Osogbo metropolis accosted one Sandra Bisong ‘m’ with a bag hanged on his neck.

"The suspect was interrogated, searched and the above exhibits recovered in his bag and he consequently confessed to have snatched/robbed the victims of the exhibits at different locations within Osogbo as some of the victims have identified the suspects and the exhibits," the CP said.

He them assured that, the suspect will be charged to court after the completion of investigation.

"Also On 26th July, 2021 at about 1330hrs, on tip off, the police patrol team from my surveillance,arrested the above named suspect who have burgled two different shops along Stadium area of Osogbo

The suspect confessed to the crime and mentioned three other members of his syndicate now at large. The suspect equally led the detectives to the shops he and his syndicates have burgled and the victims attested to incessant attacked on their shops. Suspect will be charged to court after the completion of investigation.” 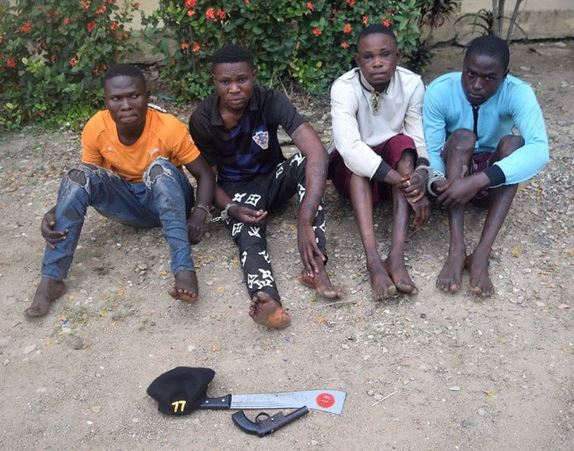