10 Things Every Pregnant Woman Must Know

From activities, foods to medicines that may help/harm the baby and mother, the following tips are recommended for every pregnant woman. 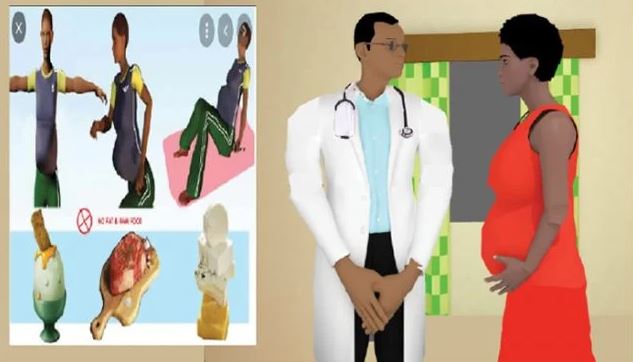 You’ve just had a pregnancy test and you are confirmed to be positive. Congratulations! This is one of the heart-warming moments many couples look forward to, especially in a typical African (and Nigerian) family, where pregnancy prevents one from some unpalatable experiences such as anxiety, pressure, and mockery from some family members.

In many homes, when a woman becomes pregnant, she tends to enjoy a lot of affection from her husband. From dates to the husband taking charge of some domestic chores and sometimes cooking the meals, a pregnant woman tends to enjoy it all at this period.

However, being pregnant is one thing while giving birth to the baby or babies safely is another thing. According to medical researchers, it is unfortunate that some women don’t know what it involves to have a safe delivery. The researchers say that what a pregnant woman does or doesn’t do during pregnancy can affect both the baby’s and her health.

A London, United Kingdom-based medical organisation, Baby Centre, which researches the causes of miscarriages, stillbirths and premature births, as well as provides pregnancy health information, states in a September 2019 article that pregnant women must know the following for safe delivery.

The organisation says it collated the recommendations from leading midwives and gynaecologists.

From activities, foods to medicines that may help/harm the baby and mother, the following tips are recommended for every pregnant woman.

Being sedentary (sitting down a lot) is not healthy for you or your baby. It puts you at higher risk of too much weight gain, gestational diabetes, pre-eclampsia and varicose veins and you are more likely to have shortness of breath and lower back pain.

If you did exercise before you became pregnant, you can continue at the same level but listen to your body and slow down when you feel uncomfortable.

If you didn’t exercise before you became pregnant, you don’t have to take up organised exercise classes, the important thing is to be active. The recommended amount of activity for pregnant women is 30 minutes a day four times a week.

Exercise tips include walking, climbing the stairs instead of taking a lift, doing some gardening and dancing.

Meanwhile, there are exercises to avoid during pregnancy and these include football, rugby, hockey and martial arts. Because of the way they are played, there is a risk of your bump being hit.

Some foods carry a small risk of infections, such as toxoplasmosis or listeriosis. Others can give you food poisoning, such as salmonella. Others have too much vitamin A or mercury, which can harm your developing baby.

Listeria infection is rare but if you get it, it can severely damage your unborn baby. Foods that are more likely to carry listeria include mould‑ripened soft cheese, pâté (even vegetable pâté) and unpasteurised milk.

Salmonella food poisoning is unlikely to harm your baby, but it can give you a severe bout of diarrhoea and vomiting. Foods that are more likely to carry salmonella are unpasteurised milk and partially cooked eggs.

Toxoplasmosis infection is rare but if you get it, it can severely damage your unborn baby. Foods that are more likely to carry the toxoplasma parasite are uncooked or undercooked meals, raw or partially cooked meat, especially poultry foods and unwashed vegetables and salad.

Too much vitamin A can affect your developing baby. Foods that have high doses of vitamin A include liver and liver products and high-dose multivitamin supplements such as fish liver oil supplements.

Foods with too much mercury such as shark, swordfish, marlin, tuna, salmon, trout, mackerel and herring are also harmful to the baby.

Although experts say fish is a good source of nutrition for the baby, consuming too much of it can be harmful.

Fish is full of protein, vitamin D, minerals and omega-3 fatty acids, which are important for the development of your baby’s nervous system.

If you don’t like fish, you can get omega-3 fatty acids from other foods, such as nuts, seeds, soya products and green leafy vegetables such as spinach and Brussels sprouts.

Meanwhile, some pregnant women believe if they diet during pregnancy, it will help them deliver babies that are not too fat.

This is not true, according to experts. They say this may deprive your baby of the nutrients they need for growth. Instead of dieting, it is best to have a healthy balanced diet.

Also, you don’t need to eat for two when you’re pregnant. In fact, you don’t need any extra calories for the first six months of pregnancy. In the last three months, you’ll only need another 200 calories a day.

Try to have about eight glasses of fluid each day. The healthiest way to stay hydrated is by drinking water, but there are other options to boost your daily fluid intake such as fruit teas and skimmed or semi-skimmed milk. Fresh fruit juice is packed with vitamin C but can be high in sugar, so drink in moderation.

Folic acid reduces your baby’s risk of neural tube defects to almost zero. It is ideal to start taking it three months before conception. Take the recommended daily amount until the end of the first trimester (12th week of pregnancy).

Experts say taking a daily vitamin D supplement is even more important if a pregnant woman has vitamin D deficiency, darker skin and if she gets less sunlight.

These two supplements (folic acid and vitamin D) are the only ones you need in pregnancy unless your doctor or midwife diagnoses a deficiency, such as iron deficiency.

Your baby’s movements are a sign that they are well. They settle into a regular pattern at around week 24. Start monitoring the pattern at this point and if you notice a reduction in movement, seek help immediately.

Sleep on your side during third trimester

Sleeping on your back in the third trimester (week 29-40) doubles your risk of stillbirth. It is recommended to sleep on the side for the baby’s safety.

It is said that one in 10 women suffer from mental illness when they are pregnant. This is because a woman’s body system changes during pregnancy, which can result in some unusual or unexpected feelings and behaviour.

It is important for a man to be his pregnant woman’s number one motivator. Be patient and understanding when your wife utters some provocative utterances to you at this stage.

In pregnancy, you will be offered the whooping cough vaccine by your doctor or midwife to boost your antibodies. These antibodies will be passed to your baby through the placenta. The best time to get vaccinated to protect your baby is from week 16 up to 32 weeks of pregnancy.

You can have the vaccine anytime from 16 weeks but if you have it after 38 weeks, it may be less effective.  You’ll also be offered the flu vaccine as there is evidence that pregnant women can be more at risk of developing complications if they get flu during pregnancy.

It is recommended to carry your antenatal notes everywhere you go as they contain your medical and pregnancy history.

This is particularly important if you need to go to the maternity unit, especially at a short notice, as this is the only way health professionals will have access to your history and know what has been happening in your pregnancy.

Not advisable to travel after 37 weeks

Some women have said the best time in pregnancy for holidays is the middle of pregnancy. Nausea and tiredness are common in the first 12 weeks and the risk of miscarriage is also higher in the first three months.

However, travelling in the final months of pregnancy can also be tiring and uncomfortable. The likelihood of going into labour is higher after 37 weeks and some airlines (if you are travelling by air) will not even let you fly.

Long-distance travel (five hours or more) by road or air or other carries a small risk of deep vein thrombosis (DVT or blood clots), so drink plenty of water and try to move around during the flight.

Cocaine, meta-amphetamines, cannabis and other psychoactive substances are all likely to increase risks of health problems as they can affect the baby’s and the mother’s health. Also, don’t drink alcohol, especially in the first trimester when the baby’s brain is going through a period of intense development. Smoking also comes with a lot of health problems, so stay off cigarettes.

Lastly, high levels of caffeine intake during pregnancy can result in low birth weight babies, which can increase the risk of health problems in later life. Too much caffeine has also been linked to miscarriage.

Commenting on the above, a Lagos-based health expert, Dr Kemi Oladapo, urged pregnant women to always ask questions as their body reacts at each trimester of the pregnancy.

She also encouraged them to have regular sex with their husbands, adding that it would help to open the cervix faster during labour, making the baby come out easily.

She stated, “There are, however, sex positions to avoid during pregnancy, depending on the trimester.’’

Oladapo also advised pregnant women to be aware of the following symptoms to know the baby’s health.

She said, “Pregnant women should take note of the following symptoms and consult a midwife or doctor if they notice the signs. The symptoms are: bleeding from the vagina; painful urination; sudden, sharp or continuing abdominal pain or cramps; and persistent or severe headache.

“Others are swelling in the face, hands or legs; blurred vision or spots in front of eyes; itching, especially on the hands or feet; baby’s movements slowing down or changing; and excessive or smelly vaginal discharge.”