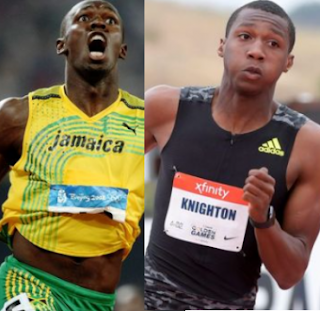 Florida teenager Erriyon Knighton has broken Usain Bolt's 200m record for athletes under the age of 18.

The 17-year-old made history while competing at the Duval County Challenge Track League in Jacksonville, Florida, winning the 200m with a time of 20.11 seconds.