According to the group, the victim's mother, said she found her daughter bleeding and upon enquiry the child said the suspect 'touched her bum. 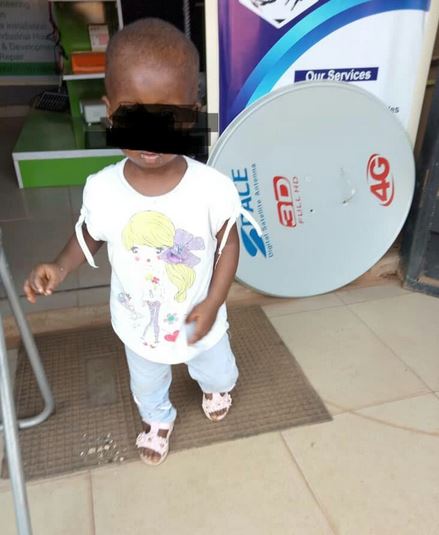 An Assistant Pastor with a pentecostal church in Asaba, Delta State has been accused of having carnal knowledge of the 19 months old daughter of his sister-in-law.

An advocacy group, Centre For Basic Rights Protection And Accountability Campaign disclosed this in a statement on Tuesday, June 14.

According to the group, the victim's mother, Cindy said she found her daughter bleeding and upon enquiry the child said the suspect 'touched her bumbum'

"We just received a distress call this night from one Ms.Cindy(surname withheld) that her Elder sister's Husband who is also a an Assistant Pastor in one of the Pentecostal church in Asaba,Delta State defiled her 19 months old daugther.

Ms.Cindy said she came back from work and saw her 19 months daugther bleeding and she told her is uncle that touched her bumbum.The little girl is still bleeding as Ms.Cindy could not go to hospital this night or to Police station because of the security situation in Asaba Delta State. We have advised her to go to the nearest Police station tomorrow morning and obtain medical form that she will take to the hospital. We will proceed from there." 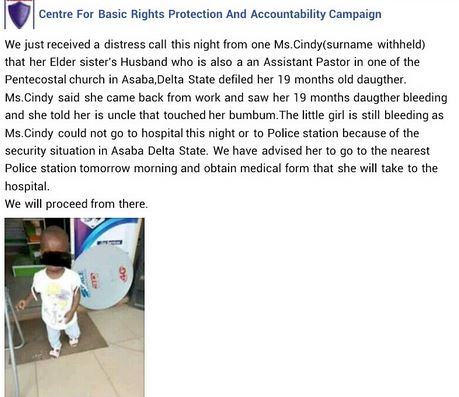