Nigeria's satellite expired in 2018. It is still giving us necessary data based on ‘Grace’ - DG NASRDA, Dr. Halilu Shaba 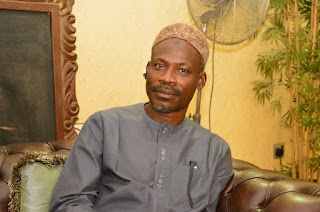 Director-General of The National Space Research and Development Agency (NASRDA), Dr. Halilu Shaba has revealed that the Nigeria's satellite expired 3 years ago.

Shaba who made the disclosure in an interview on Channels Television, said the satellite expired in 2018 and is only gibing necessary data based on ‘Grace’.

According to him, the satellite which is used for security purposes and brings in money for the country has a 7-year lifespan and a new one ought to have been built.

“The satellite we’re using expired in 2018 and is still giving us necessary data based on ‘Grace’,. It’s a story one cannot tell because so many things are competing for the same resources in the country."