He claimed that the fear of protests aimed at harassing him in London was responsible for the postponement. 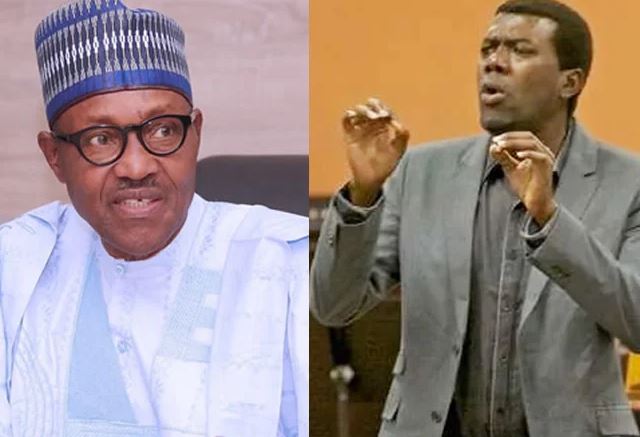 Former Presidential aide and author, Reno Omokri, has stated that President Buhari did not postpone his medical trip for unknown reasons, he did it because of his plans to chase him out from the UK.

Omokri claimed that Buhari postponed his trip due to threats of placing him under house arrest.

He claimed that the fear of protests aimed at harassing him in London was responsible for the postponement.

In a tweet, the former presidential aide wrote: “General Buhari did not postpone his London trip for “unknown reasons”, as the papers are claiming. He postponed it because we promised him the Mother of All #HarassBuhariOutofLondon. He knows our capacity. He knows how we put him under house arrest in London and chased him back to Nigeria with his tail in his leg. Come to London. Don’t postpone. We are waiting for you!

You called the police for me in London, it did not work. You went to Paris. We were there. Like I told you before, the only place we would not chase you away from is Saudi Arabia, because we respect the Islamic faith.

If you have $1.9 billion to build a railway for your first cousins in Niger Republic with Nigeria’s money, then you can fix our Heath sector for the common man!

Recall that Buhari’s spokesman, Femi Adesina had announced the postponement of Buhari’s trip to London.

Buhari was scheduled to embark on his trip to London on Friday but he postponed without any reason.

Meanwhile, Omokri had vowed to organise any protest to harass Buhari in London if he set foot in the queen’s land.
By makarella - June 25, 2021