The lifeless body of the girl was found dangling behind a building after a search was conducted. 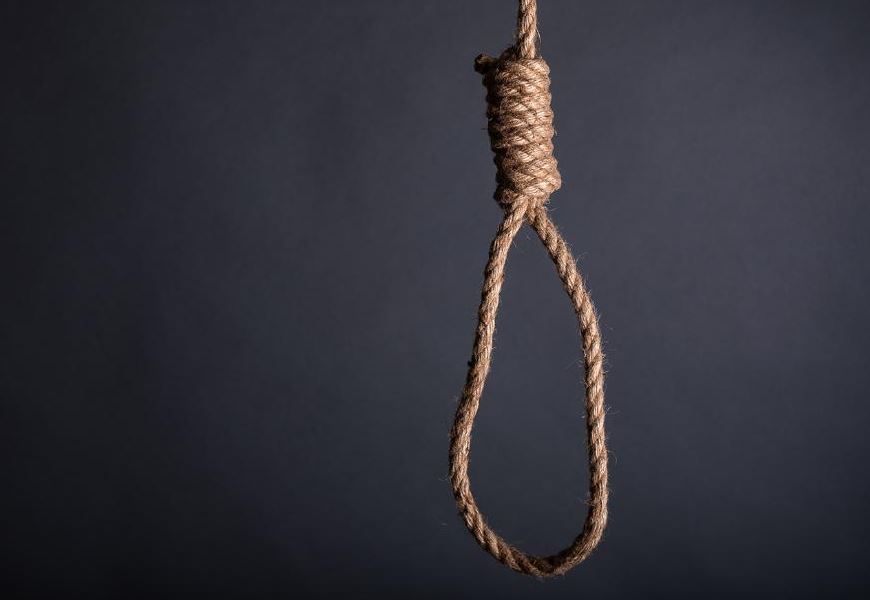 A 13-year-old girl, identified as Nsebong has been confirmed dead after she allegedly committed suicide in Diamond Hill, Calabar.

This was made known by FadFM Calabar publicist, Archibong Efefiom in a recent post he made on Facebook.

“Tragedy struck this evening in Diamond Hill, Calabar, when one miss Nsebong, a young girl of 13 allegedly committed suicide by hanging herself beside her house. This occurred after she made countless trips to the scene just to make sure nobody was around to notice while she indulged in the act.

She had initially sneaked out while her guardian who is an old retiree was busy with something, which she was also brought in to take care of her, after the aged woman waited for her to run few errands.

She then raised an alarm to alert people about her disappearance, they searched fruitlessly in the house before they went out to continue the search around the building where they actually saw her lifeless body.

The aged woman confirmed that she was brought in by her children yesterday to help her out with errands and domestic duties. According to her “I can recall calling her name severally so she could help me pick something from the room, after waiting for few minutes; I needed to raise an alarm on her disappearance. That’s when they actually discovered her body dangling behind the building”

Although no trace of maltreatment or domestic violence was recorded as a prime reason for this act, the police were invited to carry out series of investigation to ascertain the root cause of the situation.” 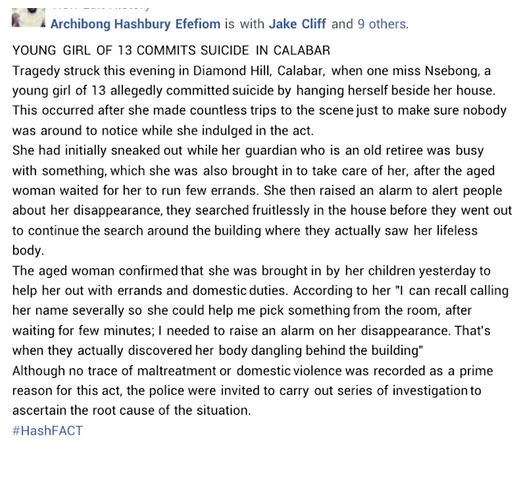