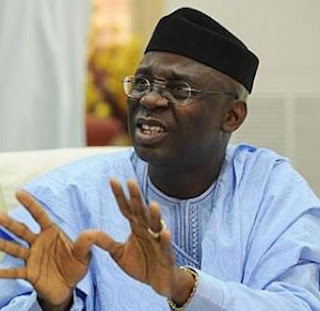 Bakare who spoke at the maiden edition of The Conversation Africa Series organized by the Legacy Youth Fellowship in Lagos on Saturday May 22, recalled how a 31-year-old Head of State destroyed the foundation of federalism and made Nigeria a unitary system.

The cleric who advised the present crop of youths to be determined and focused with genuine intention of making the Nigeria of founding fathers a reality, concluded by stating that Nigeria was brought to its current state, not necessarily by gerontocrats, but by mostly young Nigerians, some of whom had been actively involved in governance from their 20’s, 30’s and 40’s.

“There is no gainsaying the fact that the present condition of our nation is a paradox of gargantuan proportions. We have the 8th largest proportion of arable land in the world with about 34 million hectares of land available for agriculture, yet we are 98th out of 107 countries on the Global Hunger Index.

“We have the 11th largest proven oil reserves in the world and, at a point, Nigeria was the world’s 6th largest oil producer, yet we rely on imported refined petroleum products as our domestic refineries continue to attempt to fly with one wing. Over 34 commercially viable solid minerals deposits, with each state of the federation endowed with diverse mineral resources; yet, every month, the 36 states of the federation go to Abuja to receive “pocket money,” technically known as allocations from the federation account, without which they cannot survive. We are one of the most religious countries in the world, yet we are among the frontrunners in negative indices, from the Corruption Perceptions Index to the Misery Index.

“Young Nigerians are asking why a country so rich wears the inglorious badge of the poverty capital of the world. Consequently, we have seen determined young Nigerians fired up and ready to take their country back from the so-called gerontocrats.

“Our current Youth need to be reminded that on May 24, 1966, a 31-year-old Head of State destroyed the foundation of federalism and made Nigeria a unitary system and also in mid-1970’s some young and zealous army generals in their 30’s overthrew the government in their bid to sanitize the system but ended up destroying it among other incident.

“Young Nigerian patriots, you can see from this brief recourse to history that Nigeria was brought to its current state, not necessarily by gerontocrats, but by mostly young Nigerians, some of whom had been actively involved in governance from their 20’s, 30’s and 40’s, and some of whom are relevant even now. It is why I say that youth, in a sense, brought us here.”