Military sources confirmed that troops had been put on high alert to contain the ISWAP likely attacks which would be to spread fear that a new set of terrorists were now in charge. 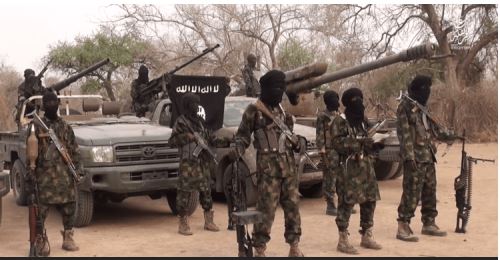 According to multiple military sources, the dislodgment of the Abubakar Shekau-led Boko Haram terrorists from the Sambisa Forest and the killing of Shekau have heightened fears of terrorist attacks in Borno and adjoining states.

SaharaReporters was told that the invasion of the Sambisa stronghold by the stronger Islamic State West African Province fighters and the taking over of the strongholds portend a greater security crisis, with the military asking residents of the affected states to be more vigilant.

Military sources confirmed that troops had been put on high alert to contain the ISWAP likely attacks which would be to spread fear that a new set of terrorists were now in charge.

“This is a public alert; ISWAP might be planning to attack Maiduguri and its metropolis after Shekau killed himself. All locals are strongly advised to report any suspicious activity to the security agencies. All security agencies must be on high alert for a possible attack,” a top military source stated.

SaharaReporters had earlier reported that Shekau, who had evaded the Nigerian military for years, killed himself during a violent clash between his faction and the ISWAP province fighters who overran the Sambisa Forest in the state.

Multiple military sources had confirmed to SaharaReporters that Shekau blew up himself with an explosive when it was clear that the ISWAP fighters wanted him to relinquish power to them, after all his commanders were captured and killed in the forest.

It was learnt that the incident took place on Wednesday evening following the invasion of the terror group’s stronghold in the Sambisa forest area by ISWAP deadlier fighters.

ISWAP, which had broken away from the Shekau-led Boko Haram faction in 2016 after pledging allegiance to the Islamic State, reportedly raided the group’s hideout using no fewer than 50 gun trucks.

HumAngle also reported that Shekau’s enclave was tracked down by ISWAP using its forces based in the Timbuktu Triangle. His fighters were killed in the process, followed by a long gunfire exchange between the invading group and Shekau’s bodyguards.

Shekau had been the leader of Boko Haram since 2009 following the death of the group’s founder, Mohammed Yusuf.

He had been rumoured to have been killed by the Nigerian military at least four times between July 2009 and August 2015.

In August 2016, the Nigerian Air Force had claimed he had been “fatally wounded” by military bombardments, but the terror group released a video only a month later showing he was alive.