How Crew Member Of Crashed Military Plane Shared Prediction Of Bloody May, Called For Prayer

The late sergeant had on April 30 shared a story “Something bad is going to happen in Nigeria in May” on his Facebook page and asked for prayers for the country. 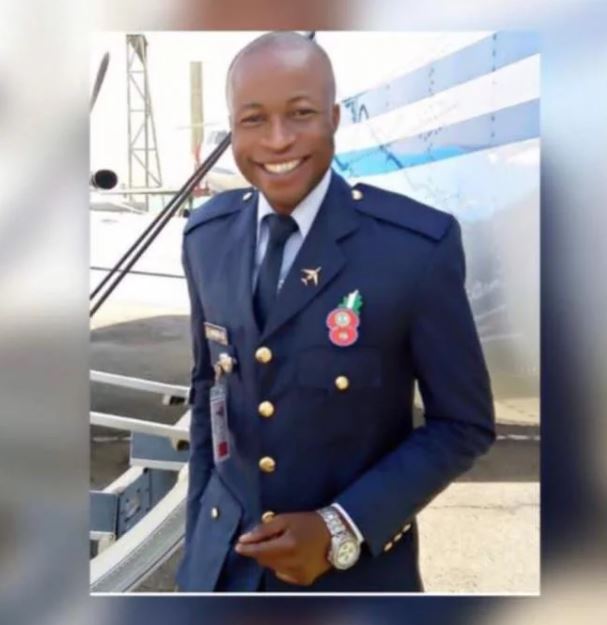 Sgt Adesina Opeyemi Deeziah, one of the crew members of the Beachcraft 350 aircraft that crashed at the Kaduna International Airport on Friday, died less than a month after sharing a post predicting bloody May in Nigeria and asking for prayers for the country, it has been revealed.

Adesina and the newly appointed Chief of Army Staff, Lt. Gen. Ibrahim Attahiru, as well as nine other military personnel were onboard the jet when it crashed around 6pm on Friday. The 11 souls died in the tragic incident.

The late sergeant had on April 30 shared a story “Something bad is going to happen in Nigeria in May” on his Facebook page and asked for prayers for the country.

Adesina had written, “This parable is heavy. Me and you need to pray for our country Nigeria.”

The attached link is a news report quoting the General Overseer of the Champions Royal Assembly, Joshua Iginla, warning about heavy clouds on the country in May, June and July.

“Mark all I have said in parables. My spirit boils. For the past six months, God has been revealing to me some things that are hard for me to say. We need to pray for Nigeria.

“What is coming ahead in the next three months is not good, that’s May, June, and July. I can’t talk more than this. We need to pray for Nigeria,” the cleric had said.

Meanwhile, Adesina died alongside others about three weeks after his daughter’s dedication.

He and his wife of three years, Adesina Gift Funke, dedicated their five-month-old daughter to God in their family church on May 2.

Shortly after the child dedication, Adesina’s wife had shared photographs from the event on her Facebook wall with the caption, “My dashing baby dedication was a success, may ur days be long my beautiful baby.”

She tagged her husband in the post that attracted over 50 congratulatory messages.

Adesina himself had announced the birth of his daughter in a December 26, 2020 post.

He wrote, “*GoodNews*. It is a girl. My Queen has finally arrived. Mom, Dad and baby are in good condition.”

The late sergeant had earlier on April 9 celebrated his birthday with his wife also taking to her Facebook wall to celebrate him.

She wrote “Happy birthday to the best husband anyone could ever ask for!

“Today, I’ll be more than ready to grant any wish you have…

“I can’t imagine spending a lifetime with anyone but you. Your love always brightens my day. Happy birthday my adeori.”

On March 10, they celebrated their third wedding anniversary with him writing, “#Happy3YearsAnniversary#

Merry Anniversary to us! May we enjoy many more years of life and moments together, may we have several times of celebrations together, and may the heaven smile on us as we celebrate our love today.”

His friends and colleagues have since taken to his Facebook wall to mourn him.