The incident happened at one of the several security check points on the Owerri – Onitsha Road in Anambra State. 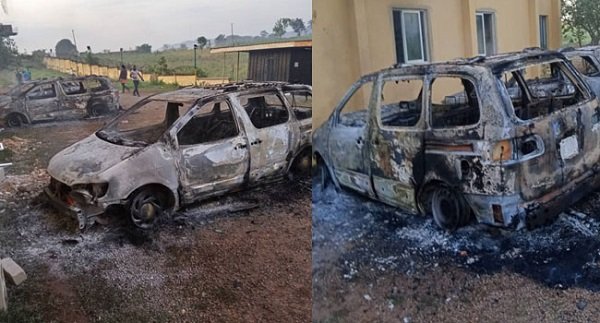 According to The Nation, as many as five soldiers were feared killed and their operational vehicle destroyed during an attack by gunmen in Ihiala, Anambra State, late Friday.

The incident happened at one of the several security check points on the Owerri – Onitsha Road in Anambra State.

They then proceeded to vandalise the community’s health centre.

The two attacks are the latest by bandits who have been terrorising the Southeast for several months now.

Sequel to the killing of the soldiers, security operatives yesterday blocked the Onitsha bridgehead, disrupting vehicular traffic on the route.

Security men also stopped motorists from Enugu State at the boundary between Anambra and Enugu for stop and search.

Spokesman of the State Police Command,  Ikenga Tochukwu, confirmed the attack but did not say how many soldiers were killed.

He said the command was still investigating the matter, adding that at the appropriate time, the public would know.

Posted by makarella at 4:26 PM