In photos and videos from the wedding, Nfasis kept a straight face and it forced people to assume he wasn’t happy about his big day. 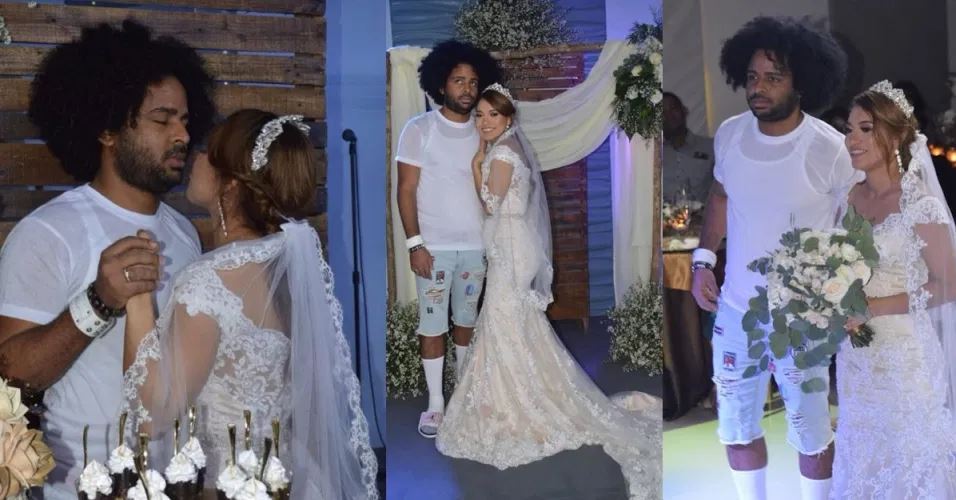 A Dominican groom is trending online after he showed up to his wedding dressed in a T-shirt and ripped jean shorts while his bride wore a white wedding dress.

The singer identified as Nfasis became a hot topic on social media.

In photos and videos from the wedding which have gone viral, Nfasis kept a straight face and it forced people to assume he wasn’t happy about his big day.

Interestingly, his wife, Diana Vargas de Garcia, was fully dressed in a wedding gown with a veil and flowers, unlike his own casual wear.

Their daughters, who served as bridesmaids, were also dressed as expected.

Diana, shared a video of her husband’s wedding entrance and wrote in the caption: “At least you should have worn a tie.”