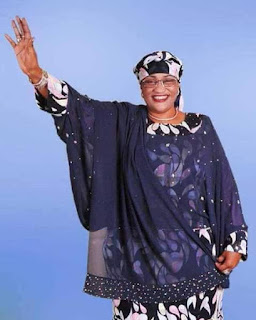 It was gathered that Al-Hassan died at a hospital in Cairo, Egypt on Friday afternoon, May 7. She was aged 61.

Gisttube9ja reported that the former senator underwent a knee replacement surgery in Dubai in April, 2019.

She was a former senator, representing Taraba North senatorial district which she won under the platform of the People's Democratic Party (PDP)

She later decamped to the ruling All Progressive Congress (APC) and became the gubernatorial candidate of the party in Taraba for the 2015 general elections.

Mama Taraba was defeated in the election re-run held on 25 April 2015, but on 7 November 2015 tribunal removed Governor Darius Ishaku, and declared Aisha Alhassan winner of April 11, 2015 poll. This was, however, later reversed by the Appeal and Supreme Courts.