Gumsu Sani Abacha has married the governor of Yobe state after he paid 24 gold coins. 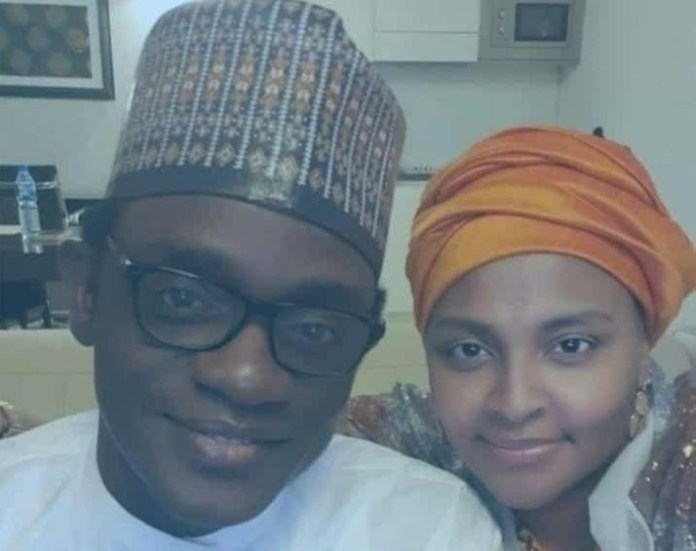 Buni and Gumsu
The governor of Yobe State, Mai Mala Buni has paid 24 gold coins to marry Gumsu Sani Abacha, the daughter of a former Nigerian military ruler.
According to Daily Nigerian, Mai Mala Buni tied the knot with Gumsu Sani Abacha, a daughter of former Nigeria’s Head of State on Wednesday.
Mr Buni is also the chairman, caretaker committee of the All Progressives Congress, APC.
The prices of gold coins vary, with American Buffalo costing $2,055.13; American Gold Eagle $2,060.13; Canadian Maple Leaf $2030.13; Australian Kangaroo $2015.13; and Chinese Panda which is sold at $1975.13.
The marriage ceremony took place at the Abuja residence of the bride’s elder brother, Mohammed Abacha.
Some of the dignitaries in attendance included the Comptroller-General of the Nigerian Customs Service, Hameed Ali; National Commissioner, Refugees Migrants and Internally Displaced Persons, Bashir Garba-Lado.
Others are Kano-based Islamic cleric, Aminu Daurawa; Katsina State governorship aspirant in 2019 elections, Yakubu Lado-DanMarke, and many others.
Mr Buni had in 2019 married his predecessor’s daughter, Adama Ibrahim-Gaidam as his third wife.
Gumsu is now coming as the fourth wife to the governor.
The 45-year-old daughter of the late head of state was previously married to a Cameroonian multi-billionaire, Bayero Mohamadou.
But the 20-year-old marriage crashed in 2020.
Posted by ABEE at 11:13 PM