The most expensive bottle of whisky in the whole world has sold for an amazing $1.9 million at an auction. 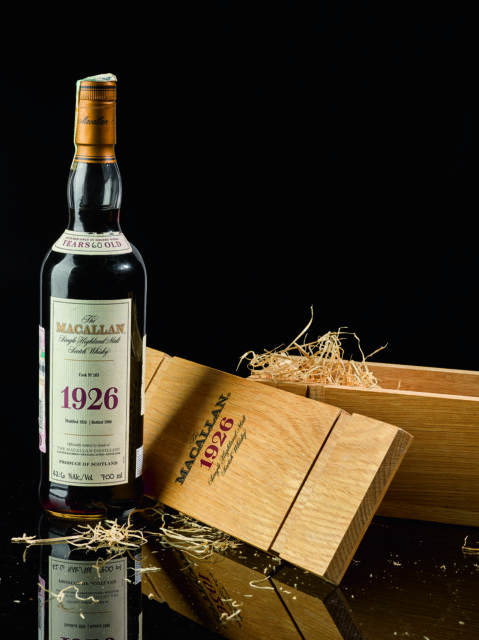 According to a report by The Drinks Business, a bottle of 60 year-old 1926 Macallan has just been sold for a new world record price of £1.5 million (($1.9 million) by Sotheby’s in London. 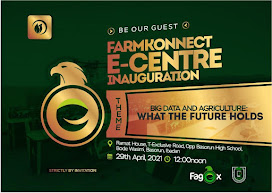 The new record surpasses that set in London last year when Christie’s sold a bottle from the same cask for £1.2m. 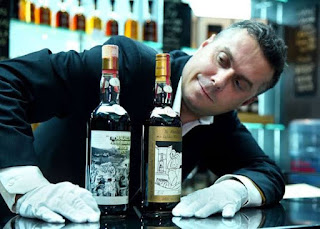 Offered with a pre-sale estimate of £350,000-450,000 at Sotheby’s sale in London Olympia today (24 October), the final hammer price is almost three times higher than the initial valuation.

The whisky comes from the same cask #263 of Macallan that yielded the previous world record holders for most expensive single bottle of spirit.

Distilled in 1926, when the whisky was 60 years-old (in 1986) the cask yielded just 40 bottles. Twelve bottles were given a label designed by Italian artist Valerio Adami, 12 more were given a label by Peter Blake and two were sold and given private labels – including one by Irish artist Michael Dillon which was the bottle sold last November for £1.2m.

The remaining 14 bottles, including the one sold today were given The Macallan’s ‘Fine and Rare’ label, making them the oldest iterations in the series.

Each of the varied bottlings from Cask #263 have now been, at one stage or another, the most expensive whiskies ever sold.