Suspected Kidnapper Apprehended At Point Of Ransom Collection In Delta

Mojo was arrested by police officers who were led to Sapele which is where he was supposed to collect the ransom. 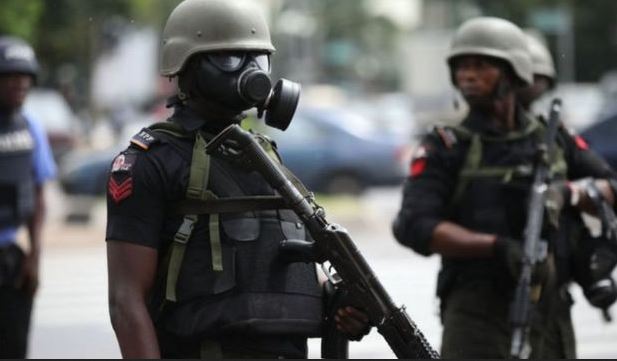 The police have apprehended a suspected kidnapper identified as David Isaac Mojo while attempting to collect a ransom paid for one Peter Okologo.

The 32-year-old accused of being a member of a kidnap syndicate, allegedly kidnapped the 26-year old victim in the presence of his girlfriend in Warri and demanded a ransom of N1 million from his relatives.

Delta Police spokesperson, DSP Bright Edafe said Mojo was arrested by police officers who were led to Sapele which is where he was supposed to collect the ransom, by two suspects Ejiro John (25) and Kingsley Omagbemi (25) who were arrested earlier.

“Both of them were the ones who led the kidnappers to the victim house where he was kidnapped. Policemen visited the scene and recovered three empty shells.

“After thorough investigation and interrogation, the two suspects led the police team to Sapele, where the DPO Sapele Division CSP Harrison Nwabuisi also mobilized men from Sapele Division and joined forces with men of ‘A’ Division Warri.

“David Isaac Mojo of no 12 Akintola Street, Sapele was arrested at the kidnappers den. He had already demanded the sum of N1 million as ransom. He was arrested as he came out to collect the said ransom."
By makarella - April 26, 2021