Special Forces SAS troops deployed to Mozambique in search of British contractor, Phil Mawer, who has been missing since deadly ISIS massacre on hotel 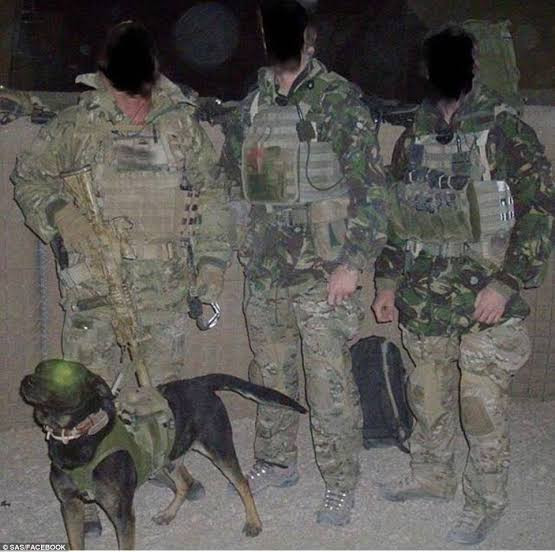 A team of SAS special forces troops have been deployed to Mozambique to hunt for missing Brit Phil Mawer following a days long ISIS massacre in the African country..

Three Special Forces soldiers linked up with local mercenaries in Mozambique to search the mining town of Palma for signs of Mawer, a contractor. Phil Mawer aged in his 50s, from Somerset, has been missing since Friday March 26.

Phil was helping build a 2,000-man camp for French oil giant Total when the maniac terrorists seized control of the city in southern east Africa.

The Brit has been missing since militants opened fire on 17 vehicles last week as the convoy tried to flee a hotel. His friend Peter Zweemer claims the oil company left its workers to be “slaughtered” by the ISIS gunmen.

He told The Sun Online: "As far as I know and from eye witness accounts, unfortunately, we have to assume Phil got killed Friday.''

Scores of people have been beheaded and their bodies piled up in the streets of Mozambique. The elite SAS soldiers were deployed from Kenya where they are based.

There are still more reports that more Special Forces were preparing to deploy to the region to be on standby for a hostage rescue mission.

South African mercenaries from the Dyck Advisory Group (DAG) had earlier spotted a body believed to be Phil's in the wreckage of a car.

The body was flown to Vamisi, an island 12 miles off the coast where DAG have established a forward operating base. The body has not been formally identified.

The SAS troops escorted the body to the regional city of Pemba.

Zimbabwe has also annouced that regional troops could intervene amid unconfirmed reports that South African citizens have been taken hostage.

"There is still no access into Palma to recoup bodies or asses damages and missing people do appear under the most amazing circumstances but I'm afraid the news about Phil is not encouraging" Peter Zweemer asaid.

"It's a shambles and they allowed these contractors to be slaughtered.”

He said: "Hotel Amarula was the place where they were to go to if there was an emergency as its strategically near Palma airstrip and near two possible evacuation beaches.

"Unfortunately the insurgents lay in wait and opened fire. Some cars made it out some got abandoned and people run into the bush, some went back to hotel." ISIS-linked militants have been attempting to gain control of the north east region of Cabo Delgado in the country since 2017.