A police officer has been honoured by the Lagos state governor for showing professionalism while being assaulted by a traffic offender. 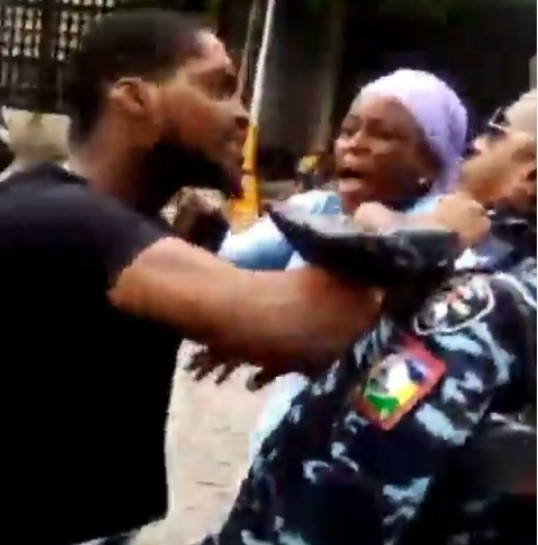 Traffic offender assaults police officer
A police officer has been honoured by the Governor of Lagos state, Babajide Sanwo-Olu for remaining calm even while being assaulted by a traffic offender.
The uniformed police officer, ASP Erhabor who is attached to the RRS was assaulted by a traffic offender and his friend in Victoria Island, Lagos, after being stopped for driving against traffic.
In a video shared online, two men are seen confronting a police officer - one verbally and the other physically.
The one physically assaulting the officer, pushed him multiple times and also held him by the collar of his uniform.
The other friend is heard saying: "You Don already scatter our car, on top of wetin? On top of money we you want collect?
"Wetin dey happen? Una want start una rubbish again? You wan shoot me?
"You go lose your job oh. Because of one-way na im you wan kill us?"
Posted by makarella at 10:35 AM