Sales Rep Fes His Own Kidnapping And Lodges In Edo Hotel...You Won't Believe Why

The suspect, Chikezie Precious, 25, was employed as a sales representative with the company three years ago and supplies drugs to most states in Southern Nigeria. 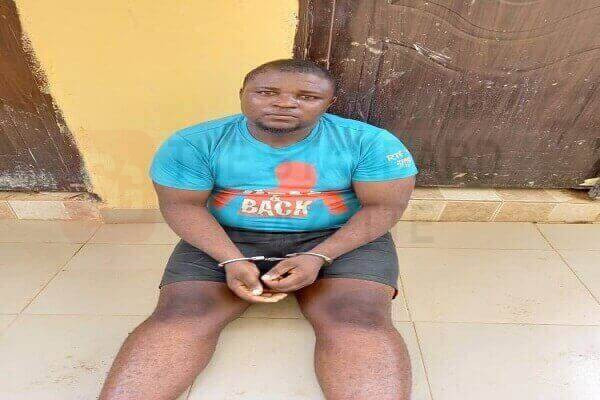 A sales representative of a popular pharmaceutical company has been arrested by operatives of the Anti-kidnapping And Cybercrime Unit of the Edo State Police Command.

He was nabbed for allegedly faking his own kidnapping .

The suspect, Chikezie Precious, 25, was employed as a sales representative with the company three years ago and supplies drugs to most states in Southern Nigeria.

According to Standard Gazette, Chikezie owns the company over N900,000 from drugs sales. In a move to get the company to write off his debt, the suspect went into hiding and raised a false alarm that he was kidnapped on the road.

On his way back to Benin from Auchi, he dumped the company van along Ewohimi-Agbor road, left the key on the driver’s seat and took public transport to Benin City, where he lodged into a hotel.

He then requested his friend to call the company’s management and inform them that he has been kidnapped by unknown gunmen after which he switched off his mobile phones.

The management immediately reported the matter at Igbanke police station, the nearest station to where the company van was recovered

The matter was then transferred to the office of the Anti Kidnapping And Cybercrime Unit of the Edo state police command for further investigation.

During the investigation, Chikezie was traced to the hotel and arrested by operatives of the Anti-kidnapping unit.

Speaking to crime correspondent, Festus Alenkhe, the suspect admitted to having faked his own kidnapping so the company would write off his debt.

"I owe my company over N900,000, and they have been disturbing me to pay back. After too much stress, l decided to fake my kidnapping to see if they could write off the debt for me. I lodged in the hotel at Ikpoba Hill in Benin city and asked my friend to call my boss to announce my kidnapping." he said.

When asked about the whereabouts of his friend who made the call, he said, “I really don’t know where he is right now. Maybe he has escaped.”

Spokesperson of the State Police Command, SP Bello Kontongs, who confirmed the arrest said that the suspect will charged to court on completion of investigation.

“The suspect will be thoroughly investigated, profiled and charge to court." he stated.