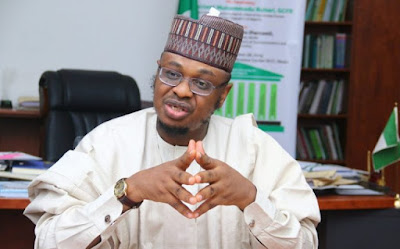 Nigerians on social media have insisted that the Minister of Communications and Digital Economy, Isa Pantami, should be removed over some controversial comments he made in the past in support of global terrorist groups, Al-Qaeda and Taliban.

Though the minister had renounced the past controversial comments on terrorist groups, saying that he was young when he made the radical comments and he is now mature and now knows better, the Nigerians reiterated their position that Pantami must resign.

Some of them also called for the prosecution of the minister, insisting that he should be jailed if found guilty.

As of 10 am on Sunday, #PantamiResignNow is trending as number one on Twitter.

Pantami has been under fire lately over comments he allegedly made several years ago in support of Al-Qaeda – an extremist group founded by the late Osama bin Laden, the mastermind of the September 11, 2001 attacks in the United States. Bin Laden was killed on May 2, 2011, by the US Navy SEALs inside a private residential compound in Pakistan. 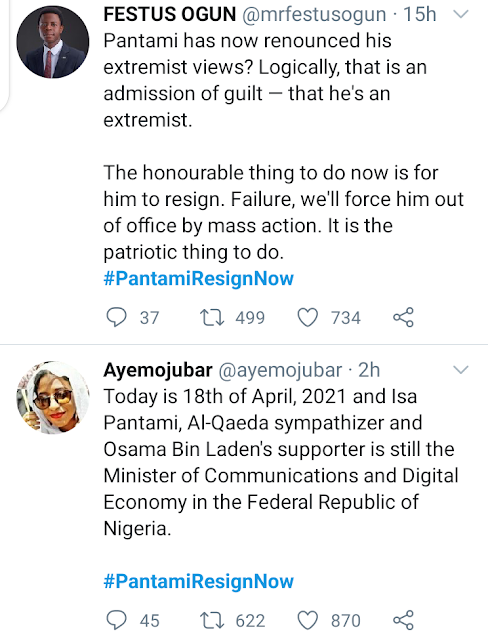 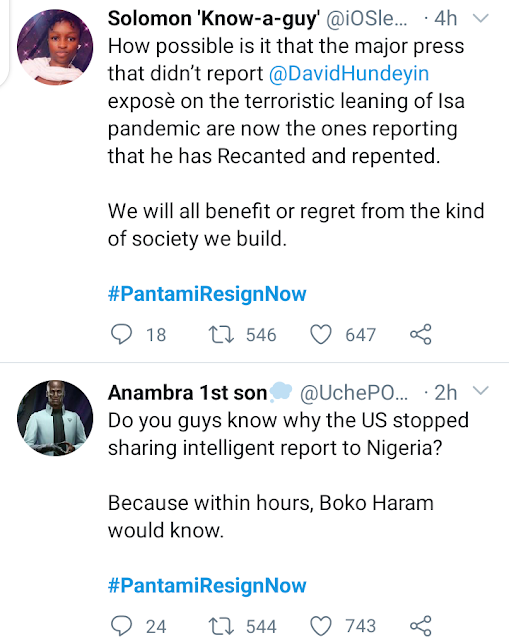 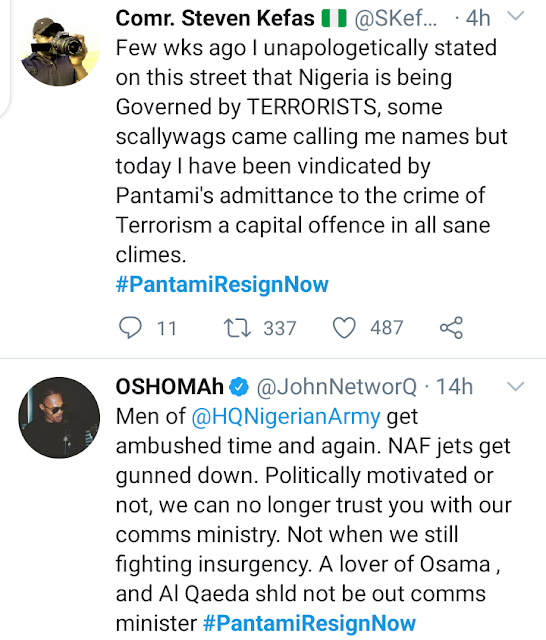 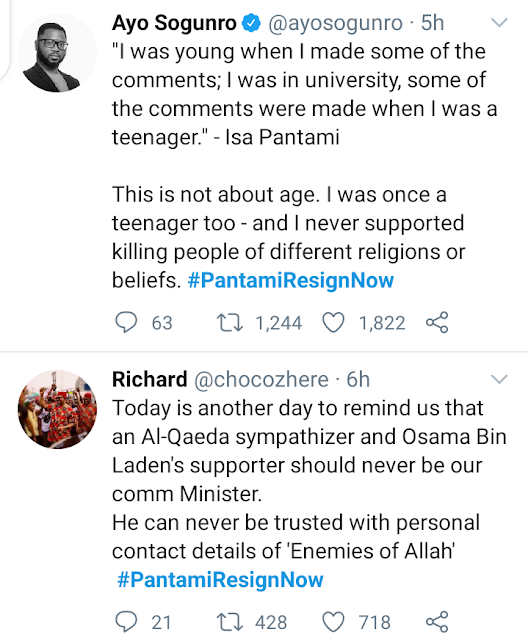 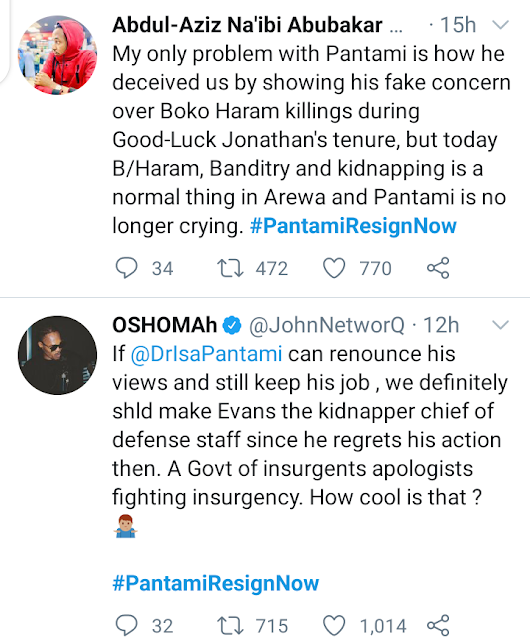 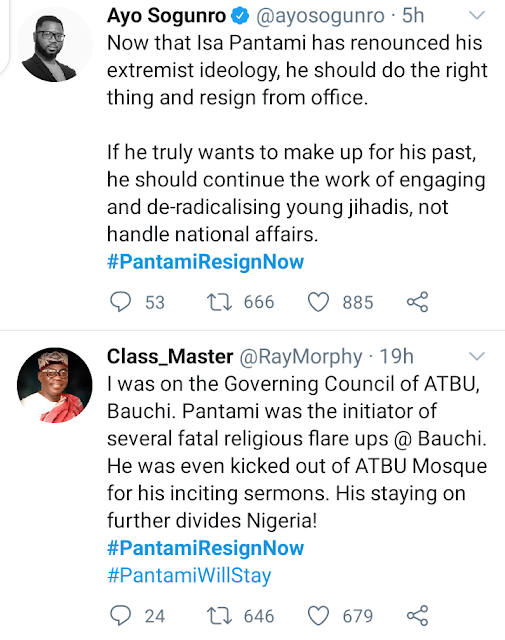