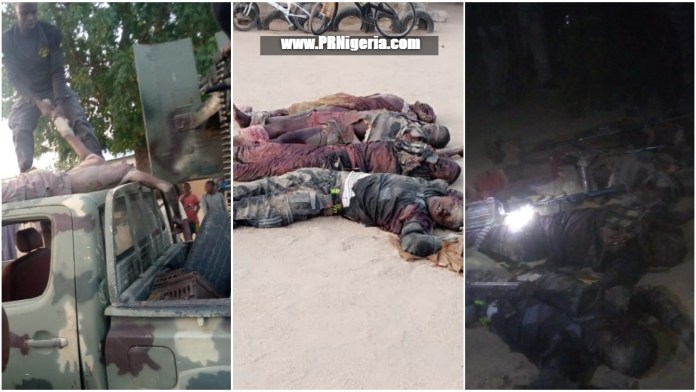 Boko Haram terrorists killed in Gwoza
Nigerian soldiers have killed eleven Boko Haram terrorists  during a bloody clash on Sunday in Gwoza Local Government Area of Borno State.
An intelligence source told PRNigeria that the terrorists were eliminated while attempting to attack troops of 192 Battalion, from the Gwoza Madara mountain with sporadic gunfire.
“The Tango 9 troops responded rapidly, by engaging the terrorists with a high volume of firepower and instantly neutralised some of them, while others were forced to retreat.
“We have counted at least eleven corpses of the terrorists after exploring the general area. With the aid of heavy firing and mortar bombs, troops engaged them at their mountainous den,” the source said.
During the operation,  the troops also recovered about a dozen AK-47 rifles, anti-aircraft gun, motorcycles, as well as several other items from the terrorists.
By ABEE - April 05, 2021