Niger Governor And Security Agencies Know Bandits’ Camp In Kagara, But Ignoring It – Resident Opens Up

The abducted students and teachers regained their freedom about 10 days after negotiations between the government and the bandits. 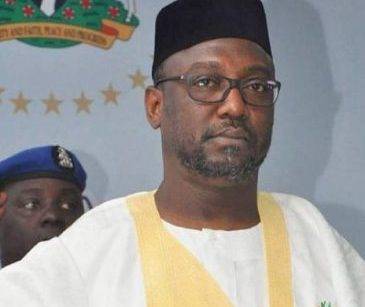 A Nigerian man who is a resident of Kagara in Niger State has revealed that the security situation in the area has worsened as residents have been living in fear of the unknown since the attack on students of Government Science Secondary School on February 17, according to SaharaReporters.

At least 27 students were abducted on the said date alongside three staff members and 12 members of their families, when gunmen, wearing military uniforms, stormed the school in the early hours of the morning while one student was killed during the abduction.

The abducted students and teachers regained their freedom about 10 days after negotiations between the government and the bandits.

But speaking with SaharaReporters, the resident said the security situation is worsening because the government and security agencies have failed their responsibility.

According to him, the bandits have a camp in the area and security personnel are aware of this but have decided not to raid the place.

He said except those people get dislodged, Kagara residents can never enjoy peace.

He lamented the continuous attack on residents while the Nigerian government and the security agencies have turned their backs on the people.

He said, “The security situation is not better because what ought to have been done has not been done. You cannot have peace when the particular forest where the bandits' camp is located is still existing very close to Kagara.

“The bandits have a camp, everybody knows, they have a base and the security personnel are aware of this. Everybody, even the governor is aware of it. If that place is not raided, there is no way we can enjoy total peace. The security agencies have to attack, if these bandits are not dislodged, we can't sleep with our two eyes closed.

“We have mobile police officers, but those people are not enough. Ever since the incident occurred, everybody just turned their backs on Kagara as if all is well. All is not well. On Tuesday, around 2 pm, we got information that the bandits were moving towards Minna, that route from Kagara to Minna, they were going towards that side.

“Later on, one of the parties was killed by one of the vigilantes but we don't know the whereabouts of the rest of them, they just scattered everywhere. Up till now, no one can give information of where the rest are. Of course, they counter-attacked and a woman died. This happens every day. The government should not turn its back on Kagara, all is not well in terms of security.”

The development comes after President Muhammadu Buhari's recent order to security chiefs to identify and crush bandits, kidnappers and their sponsors to restore confidence in the society.

The directive came during a meeting of the president with the security chiefs at the State House, Abuja, on Tuesday, before his departure to the UK for a routine medical checkup.