"Mothers come out, they have stabbed us" Tonto Dikeh vows to "personally make sure" actor Baba Ijesha "never sees the light of day" after he was accused of defiling a minor 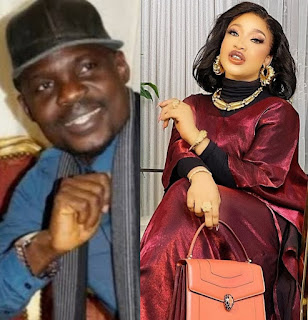 Tonto Dikeh has vowed to personally get involved in the rape allegations against Yoruba actor, Baba Ijesha.

The actor whose real name is Olanrewaju James was arrested by the Lagos state police command for allegedly defiling defiling 14-year-old girl over the course of 7 years.

The police said in a statement that the suspect "confessed to the crime" and was also "captured by a CCTV camera in the house of the complainant".

Reacting, Tonto Dikeh shared photos Baba Ijesha  and vowed to make sure that justice is served.

She called on mothers to rise and fight for justice for the girl.

She added: "He raped us all when he raped her. Mothers come out, they have stabbed us." 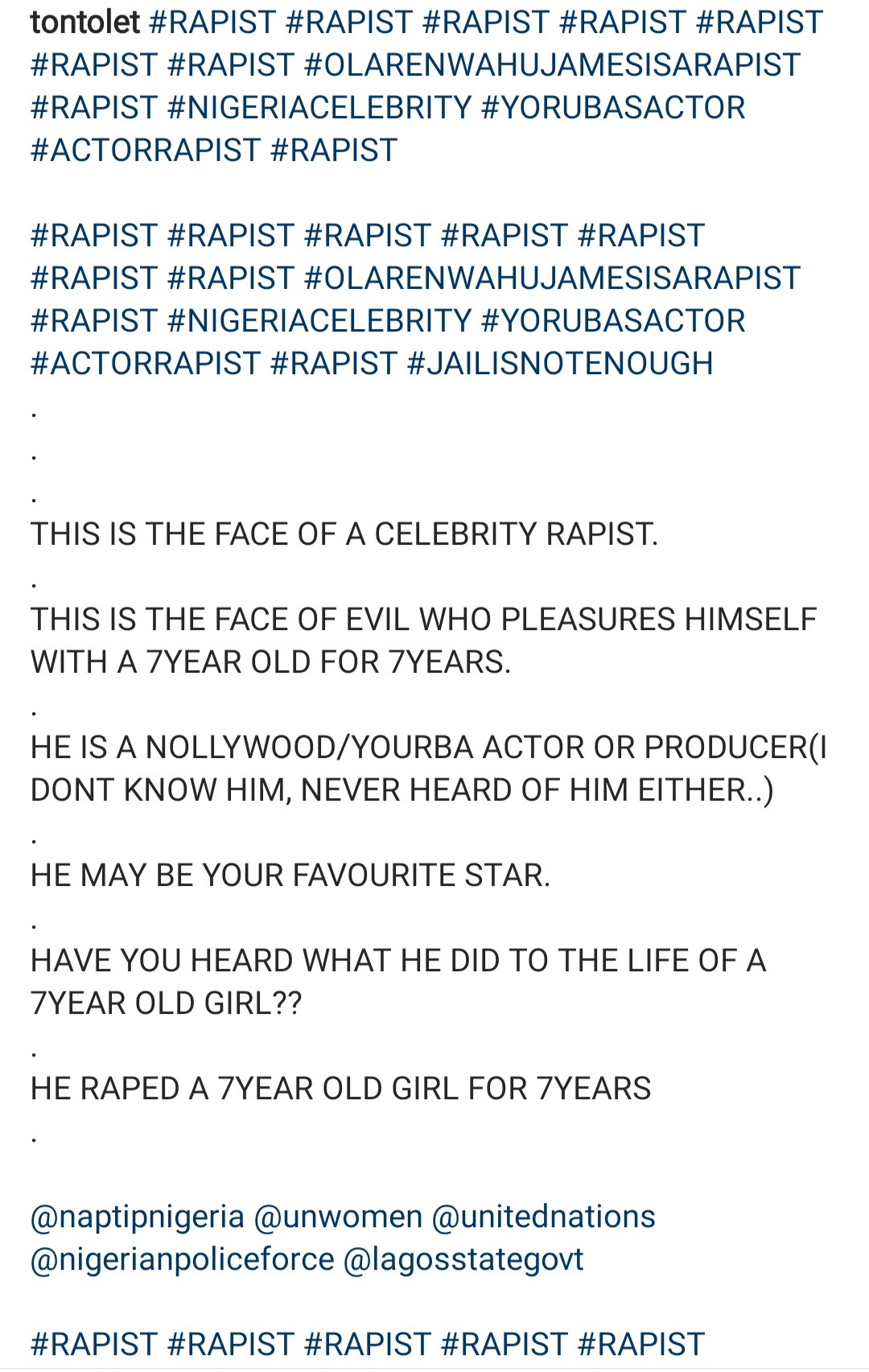 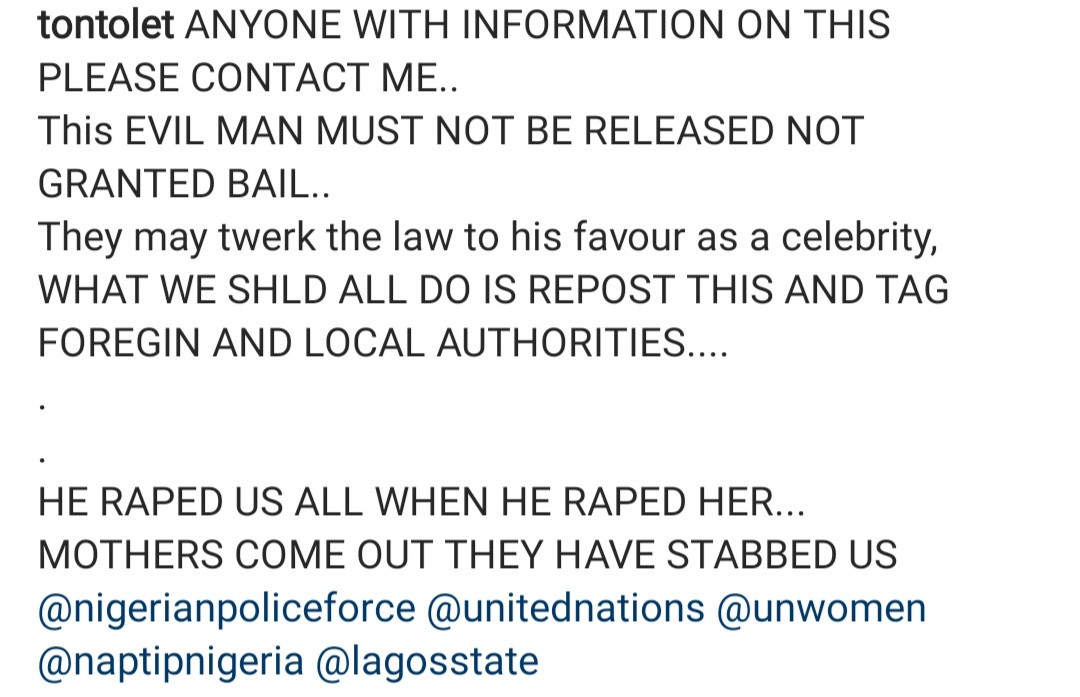 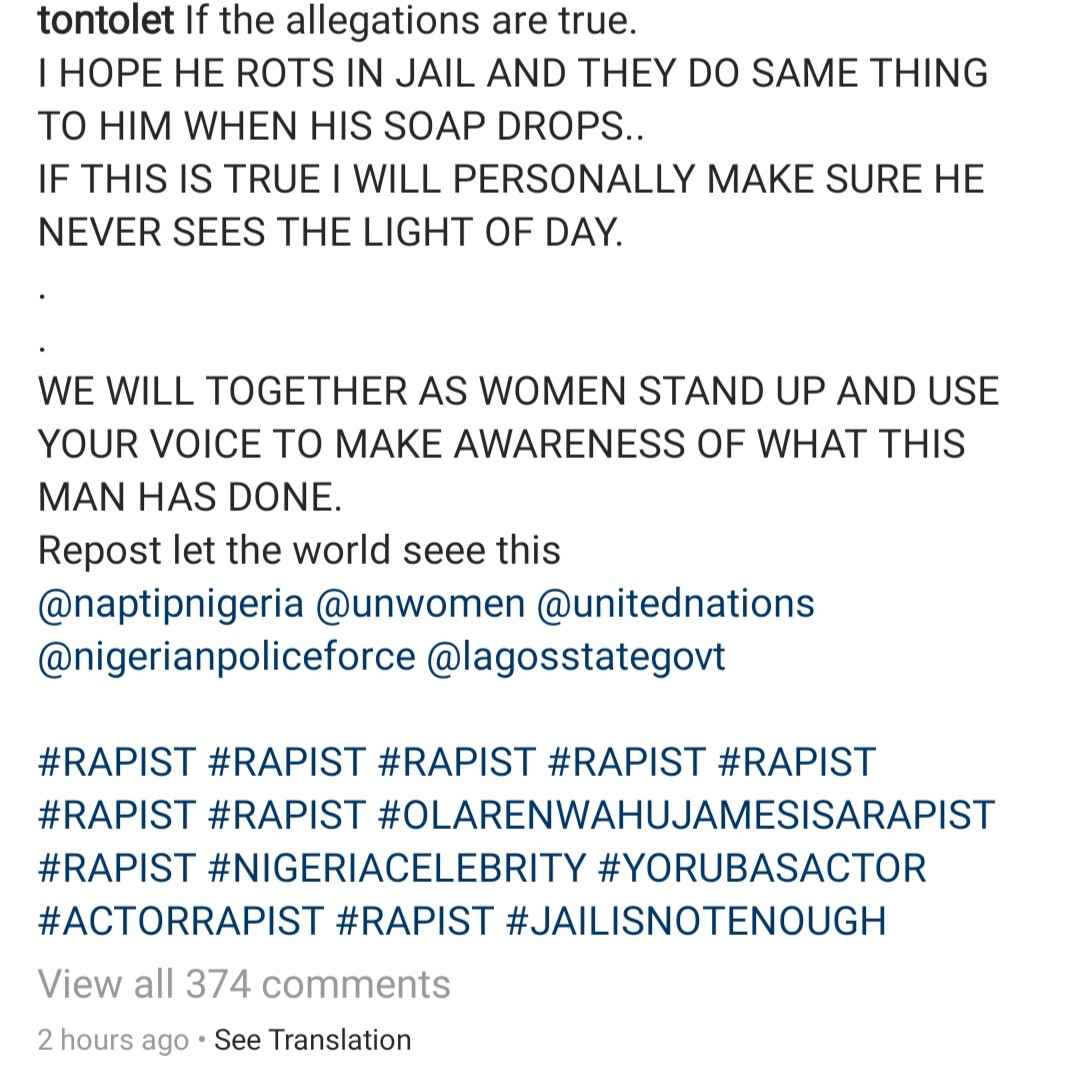