A fight between members of the Eastern Security Network and security operatives has taken place in Akwa Ibom. 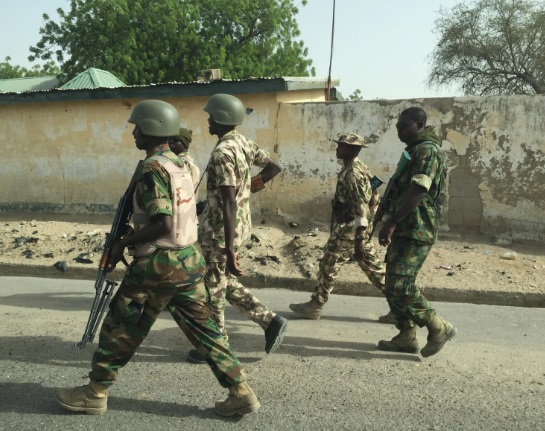 Soldiers
Operatives of the Eastern Security Network have engaged in a gun battle with security operatives made up of Nigerian army, airforce and police in Essien Udim Local Government Area of Akwa Ibom State, according to Sahara Reporters.
It was gathered that military fighter aircraft were also involved in the battle.
SaharaReporters learnt that there are ongoing gunshots and tension in the LGA as residents report attack helicopters hovering round their locations in obvious search of the ESN operatives.
Residents told SaharaReporters that the gunshots have been continuous leading to palpable tension in the LGA as some of them had not been able to go about their normal business since morning.
“The gunshots keep reverberating. Military and police personnel are trooping in large numbers and surveillance helicopters are flying in the air. I am still in my bedroom,” one of the residents told SaharaReporters.
Akwa Ibom, though in the South-South has had its fair share of attacks by gunmen on military and police personnel, stations and locations like rampant in the South-East states.
Only last Tuesday, unidentified gunmen killed a Chief Superintendent of Police, Benedict Okoh Ajide and other police officers in the Essien Udim LGA.
The gunmen also killed a yet-to-be-ascertained number of military officers while many others were injured.
The policemen and soldiers were said to be in the community for peacekeeping efforts.
“Unknown gunmen attacked some police officers and soldiers today. Their Hilux vans were also set ablaze,” a source had told SaharaReporters.
The Minister of Niger Delta, Godswill Akpabio, is from the local government area.
By ABEE - April 06, 2021