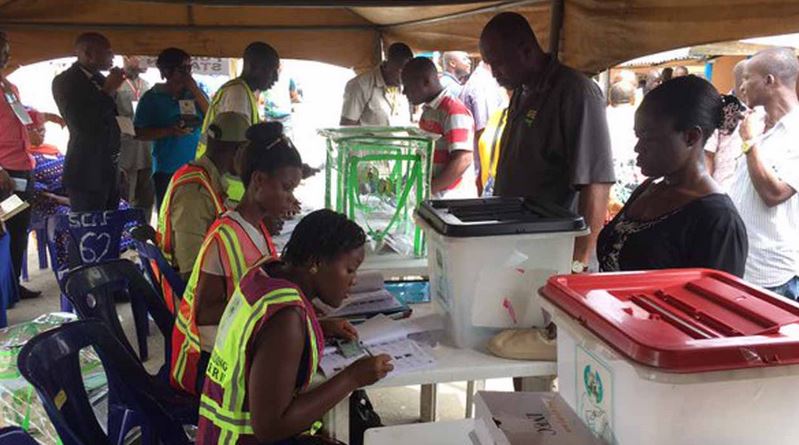 LASIEC Chairman, Justice Ayotunde Phillips (rtd), in a Notice, said the commission would meet with political parties on Friday for the release of election guidelines.

The Notice is pursuant to Section 21 (I) of the Lagos State Independent Electoral Commission Law 2008 (as amended).

The publication of the election guidelines will be on April 24th, the conduct of primary elections will then hold between May 3rd and June 2nd, which the commission shall observe.

The collection of Nomination Forms would be between May 4 and June 3, while the display of names of nominated candidates and persons nominating them would hold on June 5.

The names of chairmanship and councillorship candidates would be displayed at the LGs/LCDAs headquarters and ward collation centres respectively.

From June 11 to June 16, parties would be allowed to withdraw or substitute candidates.

June 26 would be for the display of the voter register for the elections at the ward collation centres, while the submission of names and addresses of party agents for the poll would be June 28 to June 30.

The commission will validate candidates’ documents from July 1 to July 11 and on July 14 display a list of validated and invalidated candidates at the commission’s headquarters in Lagos.

The final validation of documents for substituted and invalidated candidates would run from July 15 to July 17, while the publication of Notice of Election at the ward collation centres would be July 16.

July 31 was fixed for run-off/re-run election(s) if there is a need for it.