Popular actress, Omoborty has added her voice to the controversy surrounding Baba Ijesha. 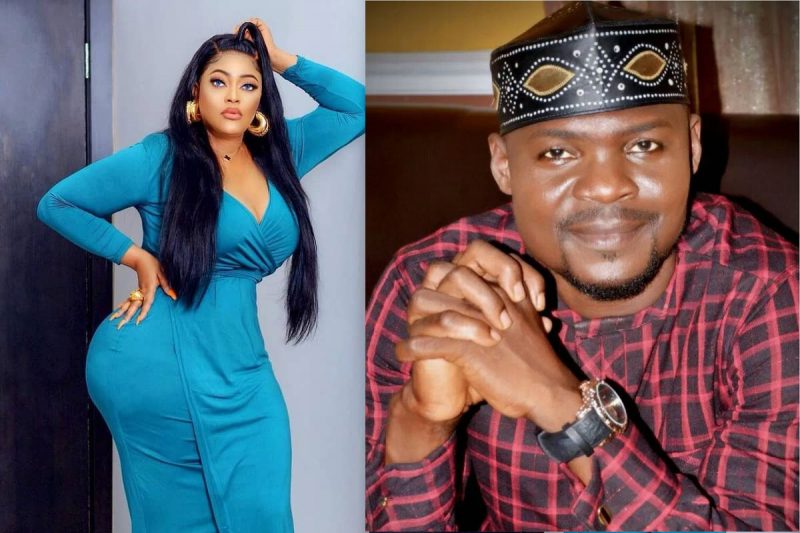 Omo Borty and Baba Ijesha
Nollywood actress Biodun Okeowo aka Omoborty has broken her silence over the rape controversy surrounding her colleague, actor Olarenwaju Omiyinka, better known as Baba Ijesha.
According to her, she will curse the actor if he is found guilty of sexually assaulting a 14-year-old girl.
She made the threat in an Instagram post on Saturday in reaction to the comedian’s arrest by the police last.
“Please Who has the footage where the disgusting, abominable and unimaginable act is being committed? Or at least his confession.
“I have some unused curses if he’s found guilty!
“This is hard to believe. Crestfallen is even an understatement… I’m emotionally shattered. Can’t wrap it off my head.
“As a mother I’m practically in tears. Can’t imagine anyone doing such to one’s daughter. I will kill the person myself Walahi!
“If this is true… then Baba Ijesha disgraced us,” the actress wrote.
Announcing Baba Ijesha’s arrest in a statement released on Thursday, Lagos police spokesman Olumuyiwa Adejobi alleged that the actor had been sexually assaulting the teenager since she was seven.
The statement reads: “The Lagos State Police Command has arrested one Olarenwaju James ‘male’ 48, aka Baba Ijesha, popular Nollywood actor for defiling a minor.
“The case of defilement was reported on 19th April, 2021 by one Princess Adekola Adekanya ‘female’ at Sabo Police Station and transferred to the Gender Unit of the State CID, Panti, Yaba Lagos for proper investigation.
“Based on preliminary findings, the suspect started sexually assaulting the victim, 14 years, since she was seven years old. The suspect confessed to the crime and was also captured by a CCTV camera in the house of the complainant.”
Posted by makarella at 6:40 PM