Yusuf Ibrahim Gokaru, a former Accountant-General in Bauchi state has been sentenced to prison for alleged fraud. 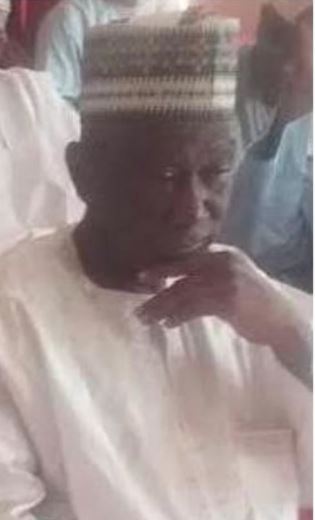 Gokaru
A former Accountant-General in Bauchi state has been sent to prison for abusing his office by engaging in N108 million fraud.
This comes after the Economic and Financial Crimes Commission, EFCC, Gombe Zonal office today secured the conviction of Yusuf Ibrahim Gokaru, a former Bauchi State Accountant General, before Justice Muazu Abubakar of the Bauchi State High Court on charges bordering on obtaining money by false pretence, concealment of the source and origin of the money.
His troubles began in August 2019 when the Bauchi State Government, in a petition to the Commission, alleged that the convict abused his office as Accountant General and obtained the sum of One Hundred and Eight Million, Three Hundred and Sixty Three Thousand, Two Hundred Naira Only.  (N108, 363, 200) for personal used.
The money was diverted from the World Bank assistance to Bauchi State Government under the State Education Programme Investment Project, SEPIP. The defendant transferred the money from Bauchi State Consolidated Naira Account domiciled at Polaris Bank to a Unity Bank account.
The offence is contrary to Section 1 (1) (a) of the Advance Fee Fraud and Other Fraud Offences Act, 2006 and punishable under Section 1 (3) of the same Act.
In the course of investigation, Thirty One Million Naira (N31m) was recovered from the defendant. However upon arraignment on March 13, 2020 he pleaded not guilty to the charges preferred against him, setting the stage for trial.
The prosecution counsel, A.Y Muntaka in the course of trial presented witnesses and tendered documents which were admitted in evidence.
When the case come up today, April 7, the defendant changed his plea and pleaded “guilty” as charged.
Consequently, the judge pronounced him guilty and sentenced him to one year imprisonment with an option of fine.
Justice Abubakar also ordered the convict to pay the sum of Seventy-seven Million Naira (N77m) as restitution to Bauchi State Government within one year
By makarella - April 08, 2021